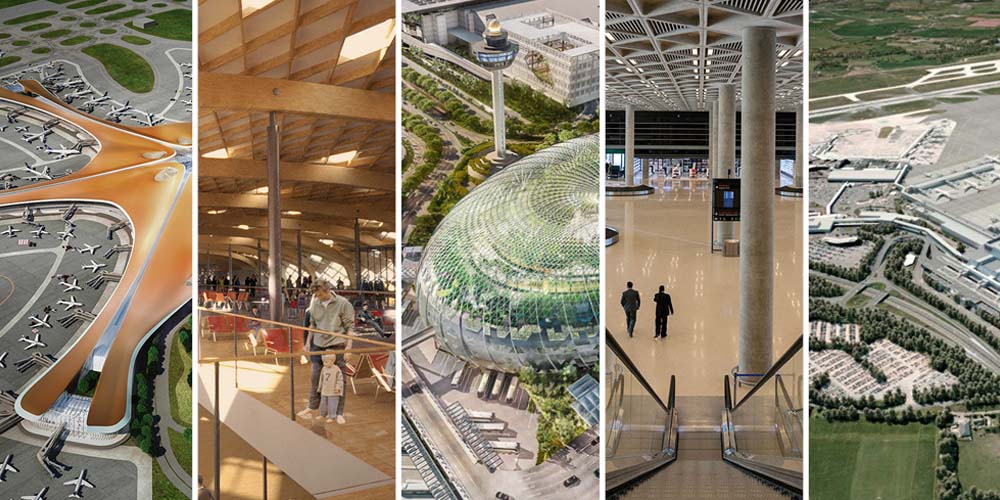 In today’s competitive climate, it takes courage and vision to realise a sustainable aviation project that soars above the rest. Landmark architecture, efficient design and commercial acumen must combine seamlessly to create a high quality facility that delivers an exceptional passenger experience.

Our airport engineers have been realising iconic airport facilities across the world for 40 years. We understand the complex demands and commercial realities of the air transport sector, and are uniquely equipped to take any airport project from its initial masterplanning and forecasting phases right through to terminal design and expansion. Committed to designing for people, we focus on the passenger experience to create spaces that are as functional and navigable as they are inspirational.

Sustainability is central to our approach on every project we tackle, in the aviation sector and beyond. We strive to strike a balance between social, environmental and economic value, and believe that responsible design is synonymous with quality design. Our experience has also shown that efficient design really adds value for our clients, delivering measurable improvements in performance and style.

We are leading the field in designing sustainable aviation facilities that touch the earth lightly. So get on board with BuroHappold, and see your aspirations fly.

BuroHappold helped realise Zaha Hadid’s unique architectural vision for this vast 700,000m² airport terminal. The iconic design features a central hub from which six curved spikes extend, and is designed for passenger convenience as well as dramatic impact as it reduces the distance to the departure gates to a maximum of 600m. We worked extremely closely with the architect to integrate our engineering design into the architectural form, allowing us to render the fluid curves and spacious areas required to realise a terminal that is at once highly functional and aesthetically beautiful. 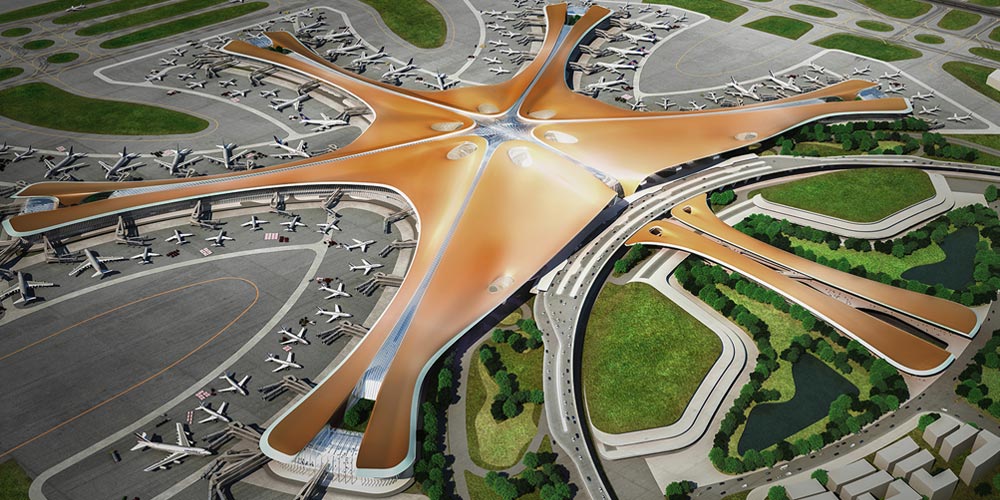 It took ingenuity and vision to integrate our engineering services across this major airport expansion project and deliver the world’s greenest terminal. We developed a dynamic building envelope for the 115,000m² terminal extension that responds to changing external energy conditions with minimal energy use. The 300m long pier incorporates extensive glazing, providing passengers with panoramic views while promoting passive heat gain and temperature control. Our use of environmentally friendly materials cut the terminal’s CO₂ emissions by 35% and reduced energy demand by 50% against the existing terminal – which was already one of the most efficient in the world. 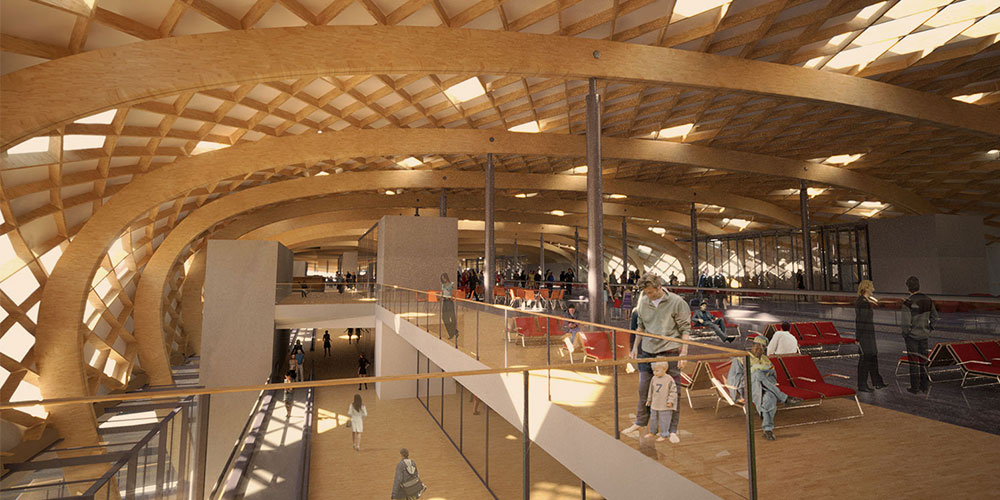 The Jewel at Changi Airport aspires to elevate the passenger experience by reaching beyond the realm of aviation to unite Singapore’s international airport with city life beyond. It boasts myriad attractions to amuse the 85 million international travellers and local residents who will visit each year, including the world’s tallest indoor waterfall. Bespoke aviation facilities will further enhance the passenger experience, allowing travellers to check-in early and head off to enjoy the amenities on offer. We crowned this pioneering concept with a glittering glass roof, spanning 120m x 150m, which sparkles in the Singapore sunshine and secures the Jewel’s status as an international landmark and piece of high airport design. 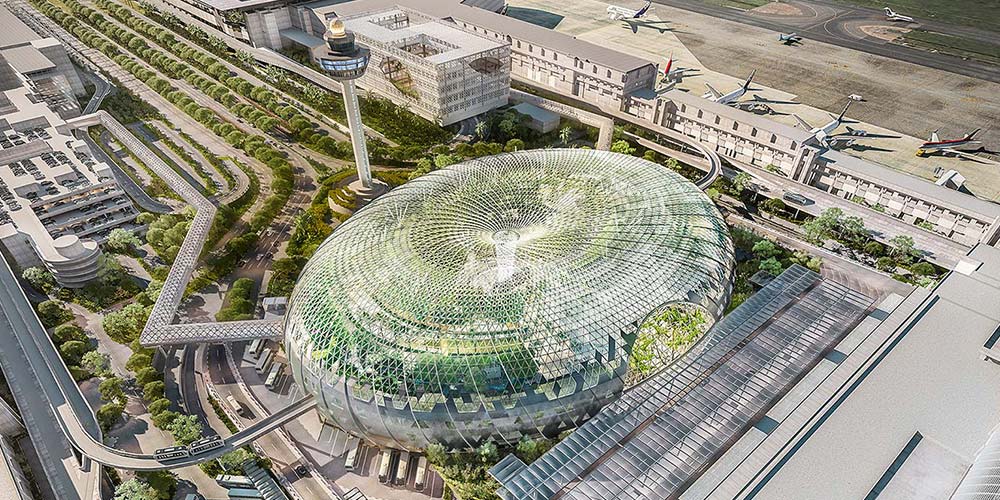 Queen Alia is a place where past, present and future converge. Standing as the main gateway to Amman, one of the oldest continually inhabited cities in the world, this beautiful airport resonates with a sense of place while forging a new standard for environmentally sustainable aviation design. Conceived in 2005 by BuroHappold and architects Foster + Partners, the efficient design features an elegant vaulted roof that unites both terminal building and departure gates beneath it. We developed a modular design for this roof that is as clever as it is striking, enabling the airport to grow 6% per annum with ease, and increasing capacity from 3 million passengers in 2005 to 12.8 million by 2030. 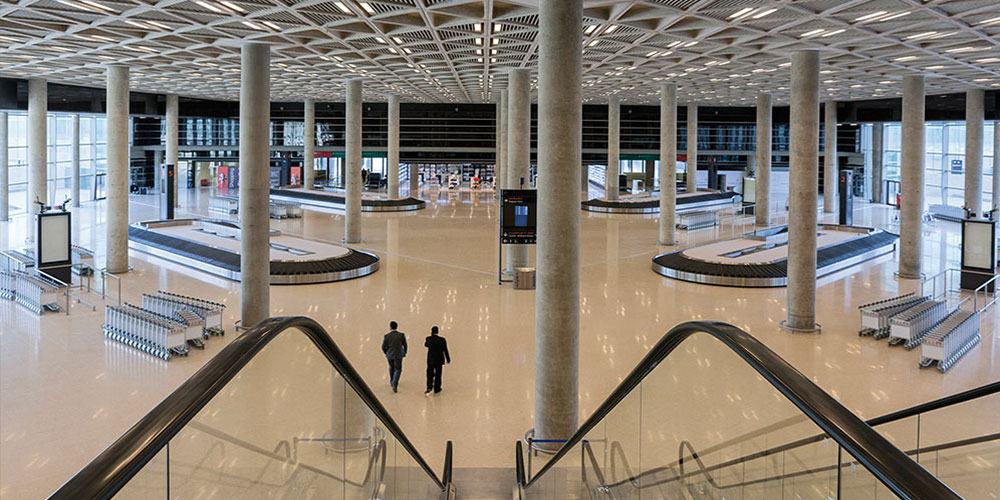 This £1 billion airport expansion project will see Terminal 2 more than double in size. BuroHappold is the civil, structural and facade designer for the main terminal building, pier, baggage hall, car parks, and site wide infrastructure. We are currently developing concepts for prefabricated and preassembled structures to reduce build time and cost, as well as a terminal facade that can withstand bomb blast. Due for staged completion from 2020 – 2023, this ambitious development will allow Manchester Airport to accommodate 10 million additional passengers in the next decade, and double airport jobs to 40,000 within 30 years. 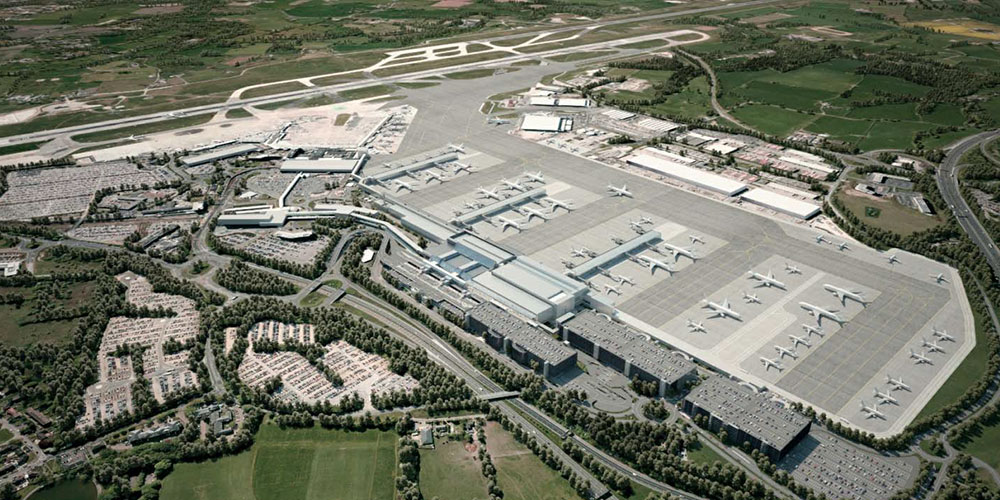 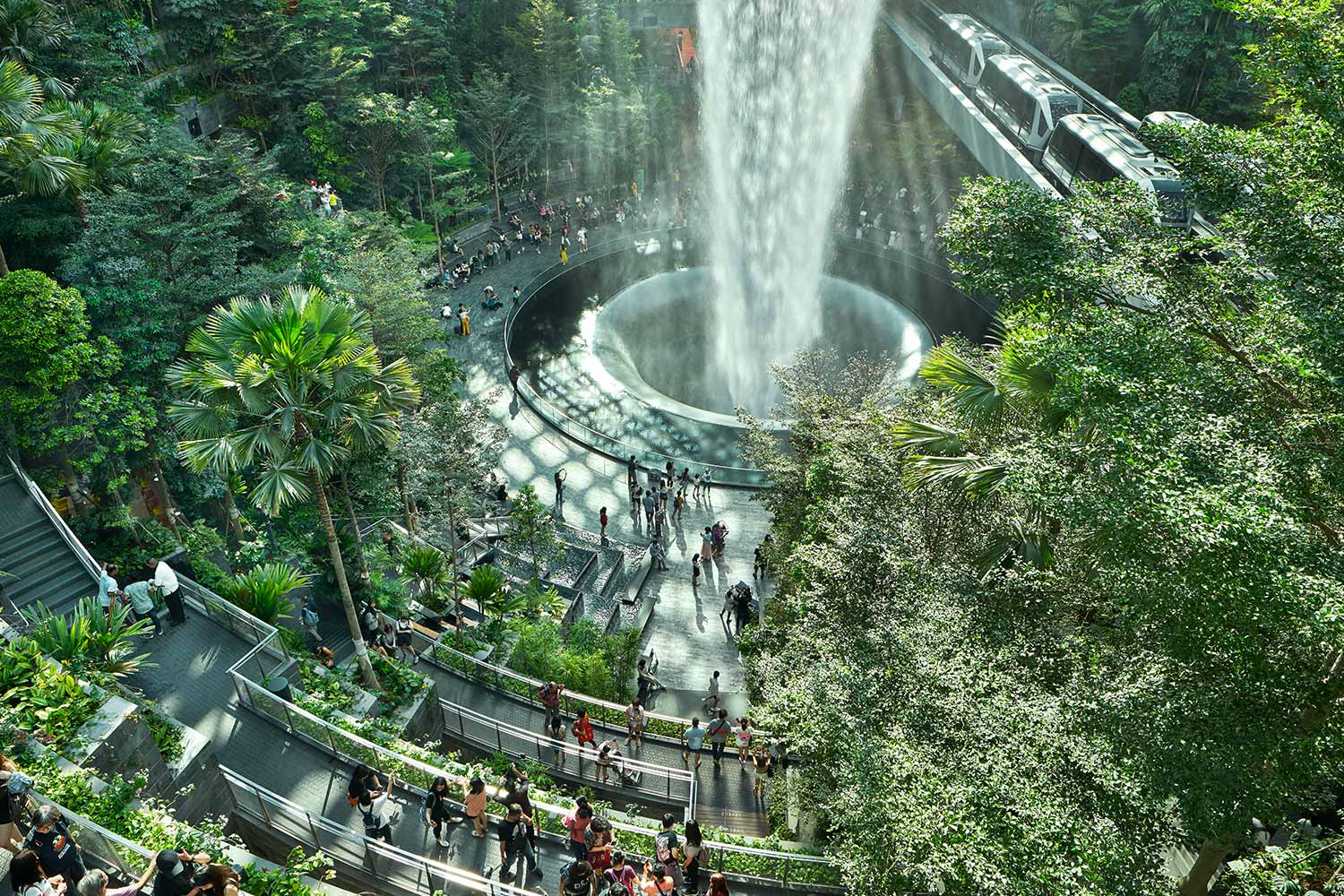 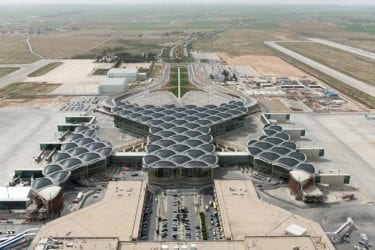 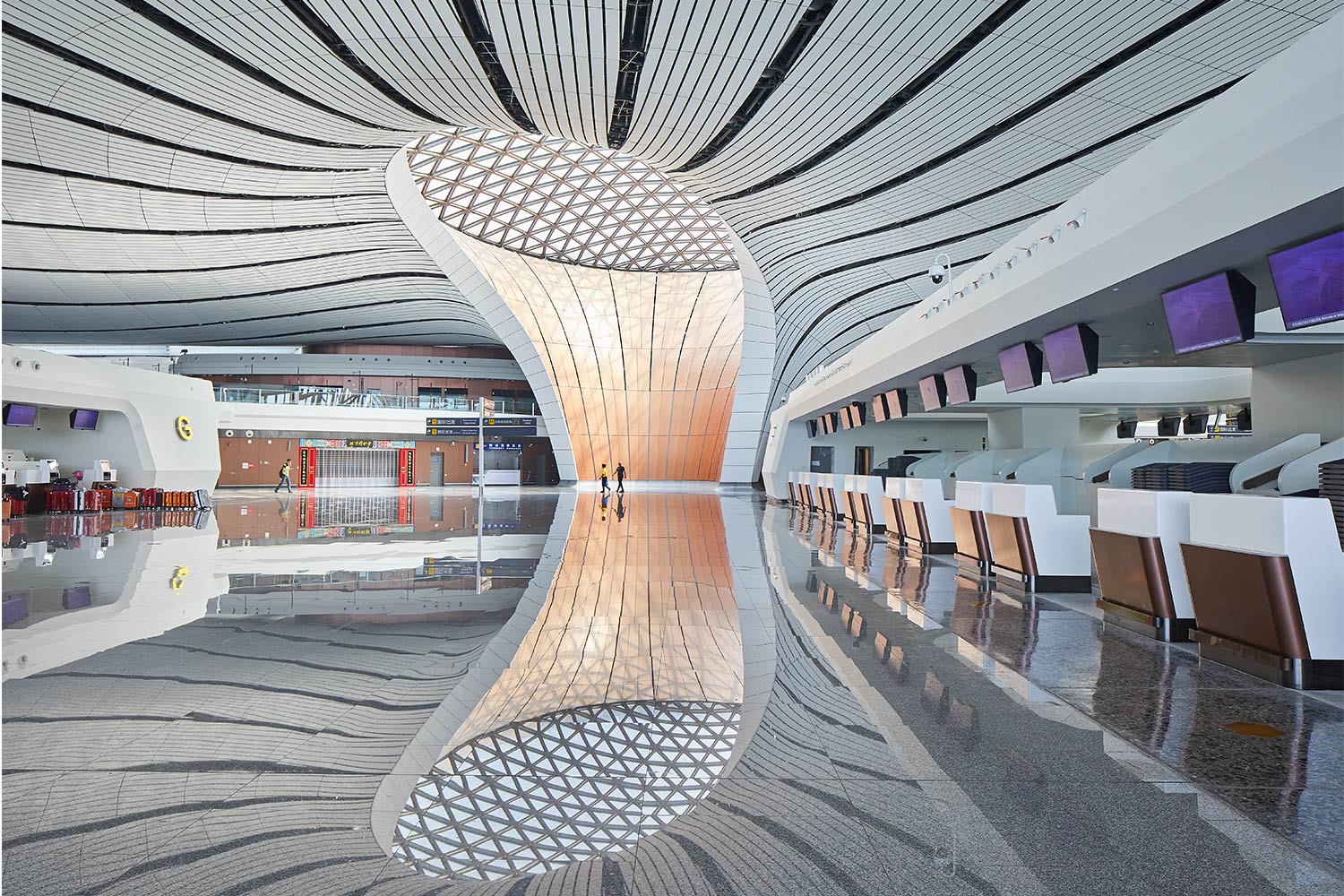 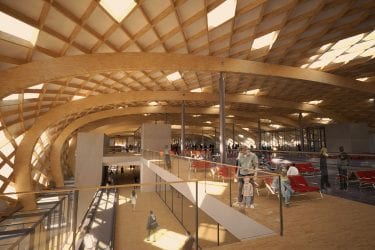 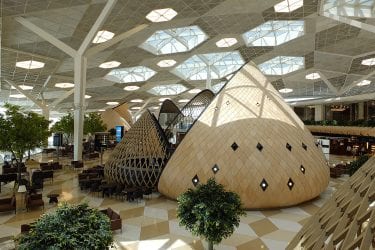 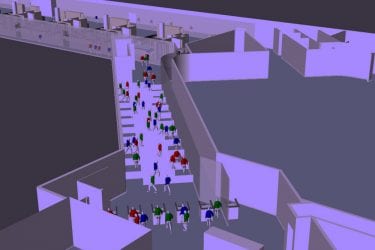 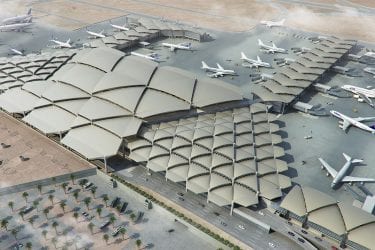 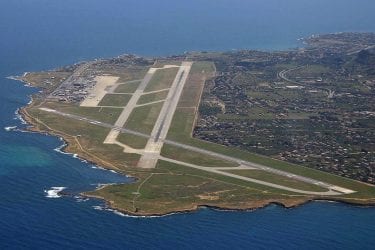 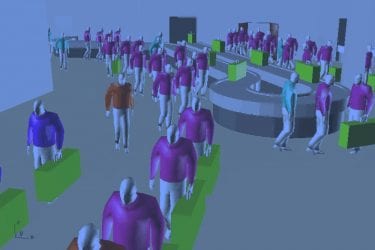 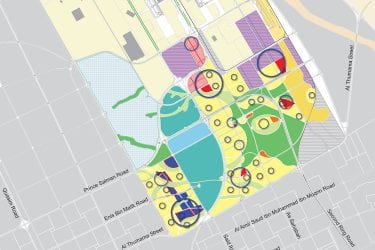