Client: City of Lincoln/University of Nebraska 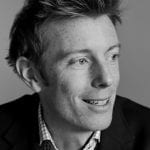 15,200 seat arena with capacity to expand

Part of the building is ultimately supported the long-span roof

The Pinnacle Bank Arena is a new, multi-use facility located in Lincoln, Nebraska. It is home to the University of Nebraska men’s and women’s basketball teams and will also function as an entertainment venue.

The arena is situated in Lincoln’s West Haymarket district – a former warehouse district a short walk from the University of Nebraska campus. Memorial Stadium and Haymarket Park, which host the Nebraska Cornhusker football and baseball teams, are nearby, creating a large entertainment zone.

The 15,200 seat arena, with capacity to expand, presented unique challenges because of the small available worksite. This was located between two operational railway lines that could not be fully removed until a year into construction. This created a unique design and construction challenge for the team as they couldn’t afford to wait a year to begin construction. The arena’s roof and its support structure were on a critical construction path, meaning a delay would have created a ripple effect of setbacks on the project. The team was also on a strict budget.

BuroHappold Engineering successfully devised solutions allowing much of the arena to be built prior to the track removal, while remaining within timescale and budget. Our approach involved a hybrid superstructure of concrete and steel, constructed in two distinct sequences separated by the timing of the track removal. To keep on schedule, a portion of the bowl was made of concrete and built between the tracks. This part of the building ultimately supported the long-span roof.

After the tracks were relocated and removed, a structural steel in-fill was added on at the perimeter to create additional program spaces. To keep on budget, the team worked to minimize piece count in its design of the roof structure. The long-span roof structure has four main steel trusses, each spanning 350 ft to concrete beams at the ends. Bridging trusses span between these trusses.

Because the architectural design, structural engineering and major MEP were all modelled in 3D together, the design team was able to coordinate their work faster and easier with model screen shots shared among all team members to quickly resolve coordination issues. This proved to be critical as the fast track delivery system and simultaneous two-sequence construction process made timing and collaboration all the more important on this project. The roof was erected in less than four months, three weeks ahead of the contractor’s schedule, allowing the project to stay within the strict time frame and tight budget.

Combining their extensive experience with their ability to devise bespoke solutions to solve complex problems, our team was able to deliver this project both ahead of time and within budget.