Our structural engineering on Louvre Abu Dhabi has been shortlisted for two IstructE awards in the ‘Structural Artistry’ and ‘Long Span Structure’ categories.

Louvre Abu Dhabi is the jewel in the crown of Saadiyat Island, the city’s new cultural district. Designed as a ‘museum city’, the 58,000m2 art and exhibition centre sits beneath a 180m steel domed canopy composed of 11,000 elements and over 2,000 connections supported on only four bearings.

The engineers must be credited for bringing a painstaking level of attention to detail, more usually associated with smaller-scale architectural engineering, to the design of a structure of such scale featuring 11,000 individual structural elements.
IstructE judging panel

I said to myself: “If you can’t get excited by this as an engineer, you should be doing some other job!”
Andy Pottinger, Lead structural engineer

Reflecting on the project lead structural engineer, Andy Pottinger remembers how the team tried, for the sake of symmetry, to find a way of reducing the number of supports from five to four during the design phase.

“We explored so many different solutions: orthogonal geometries, stiff ring structures and geodesic approaches, but finally tried stripping the whole thing down to the architect’s base pattern. The moment when we came to that conclusion was a real ‘eureka’ moment. Suddenly we were working with the architecture, rather than just supporting it. It took us over a year and 23 different analysis models to develop this solution!”

The great success of the Louvre Abu Dhabi is to achieve the 180 metre diameter dome roof structure that is so fully integrated with the architecture that the distinction is hard to draw.

A dome at this scale is impressive, but with the element arrangement and supports driven by the aesthetics, the structural engineering has been integral to the delivery of this beautiful dome. Rather than having the option of continuous perimeter support, the dome is supported at only four perimeter points and requires sufficient stiffness for the dome rim to hover so as to create a horizontal line only 1 metre above the galleries. Structural optimisation against the aesthetic requirements and engineering constraints was used to minimise structural weight. The dome has a perimeter belt truss, central arching and zones of perimeter bending.

Louvre Abu Dhabi is a marriage of unique architecture and engineering. Our client wanted to create an iconic destination, and the result is a totally new type of museum experience which is truly world-class.
Neil Billett, Global Design and Technology Director 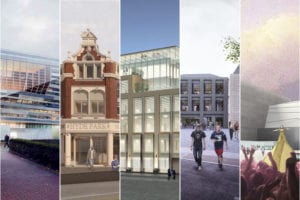 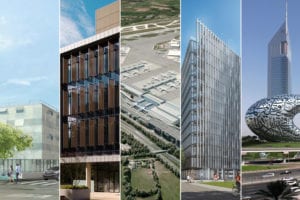 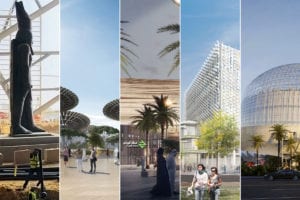