As the Louvre Abu Dhabi opens officially, Andy Pottinger, BuroHappold’s Structures Lead on the project, writes about what it was like to be part of it

I said to myself: “If you can’t get excited by this as an engineer, you should be doing some other job!”

This was a once in a lifetime project…

… So much so that many of us put our lives on hold for it. My own involvement spanned nine years and included many months in Paris (not so tough!) working side by side with the architects at Ateliers Jean Nouvel.

The architectural vision was extremely clear, and the powerful conceptual images – with shafts of light bursting through the dome and creating patterns on the galleries below – had a real impact on us. So all the engineers very quickly became just as passionate about the project as the architects.

I think that the determination that came from this passion was what kept us persevering until we found ways of making the design work.

The engineering had to be as world class as the architecture

The whole project was a huge challenge but the dome, in particular, was intended to play a fundamental role in making this an iconic world destination. It was a unique challenge which called for an equally unique solution.

For the technically-minded, despite being 180 metres in diameter, the dome has only four supports, none of which restrain the dome laterally. There are also eight layers of cladding. At BuroHappold we’ve worked on a lot of long span structures but they’ve never had eight layers of cladding – I worked out that that’s equivalent to something designed to support nearly 50,000 people!

During the design phase, we tried for the sake of symmetry to find a way of reducing the number of supports from five to four. We explored so many different solutions: orthogonal geometries, stiff ring structures and geodesic approaches, but finally tried stripping the whole thing down to the architect’s base pattern. The moment when we came to that conclusion was a ‘eureka’ moment. Suddenly we were working with the architecture, rather than just supporting it. It took us over a year and 23 different analysis models to develop this solution.

“Louvre Abu Dhabi is a marriage of unique architecture and engineering. Our client wanted to create an iconic destination, and the result is a totally new type of museum experience which is truly world-class.”
Neil Billett, Global Design and Technology Director 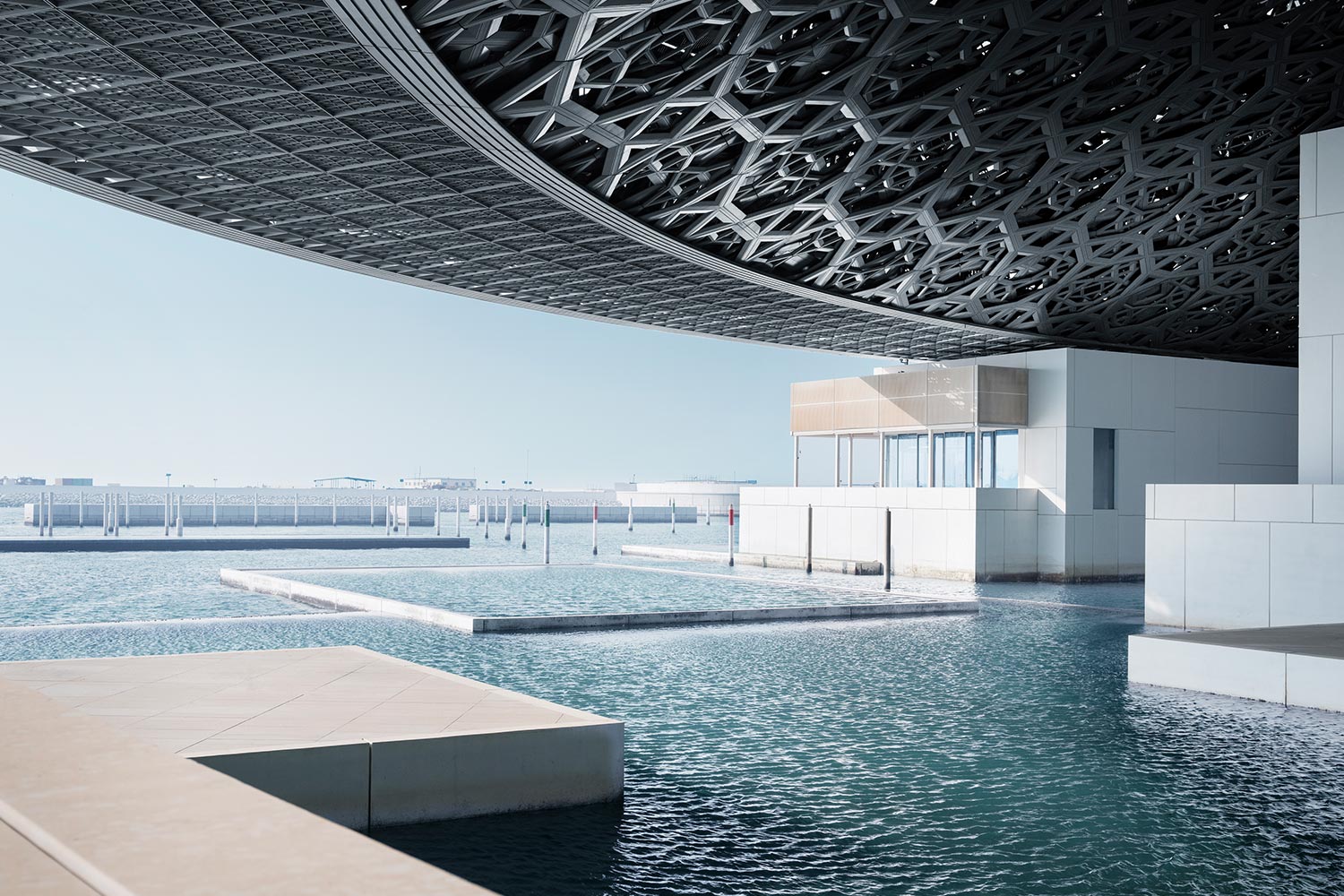 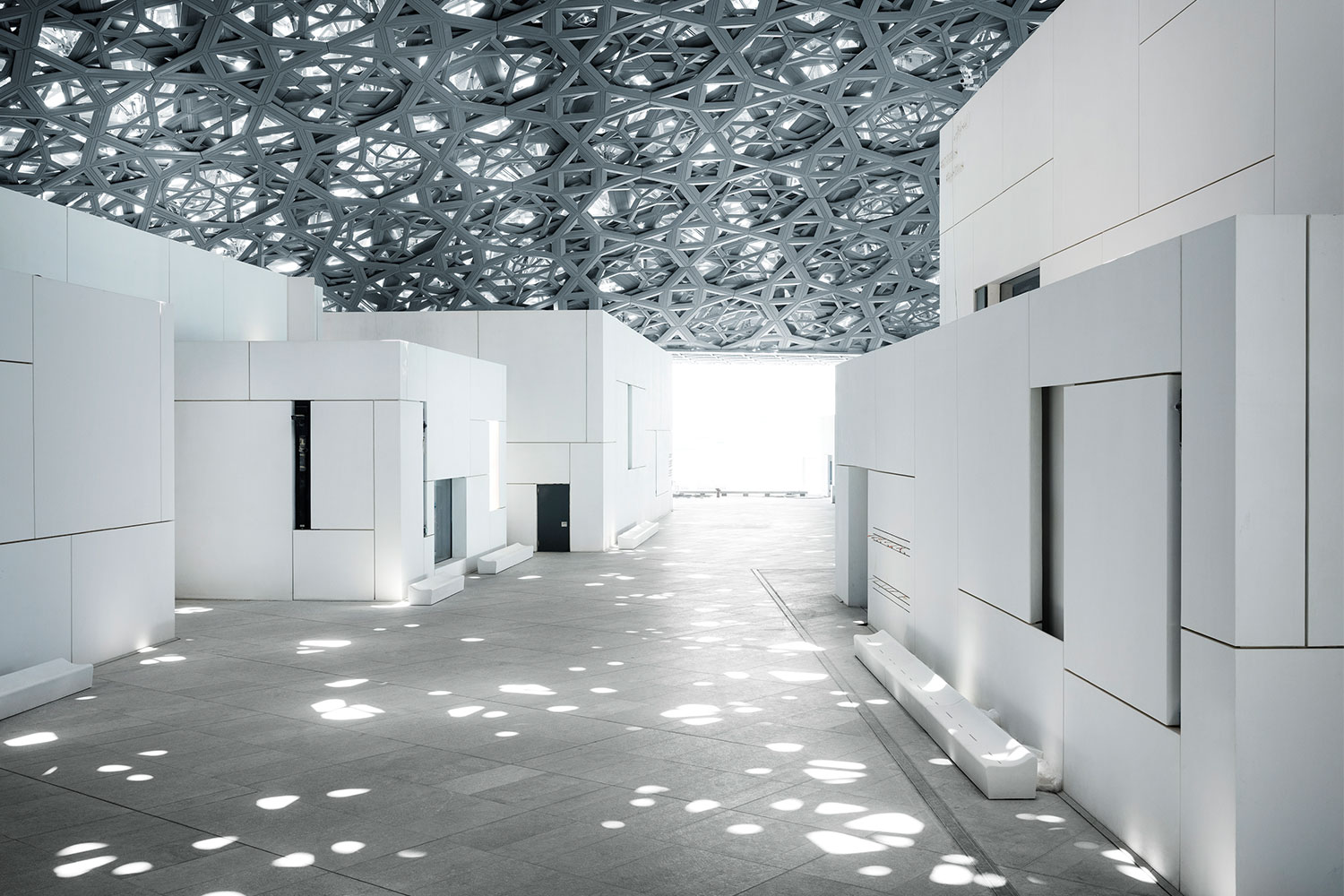 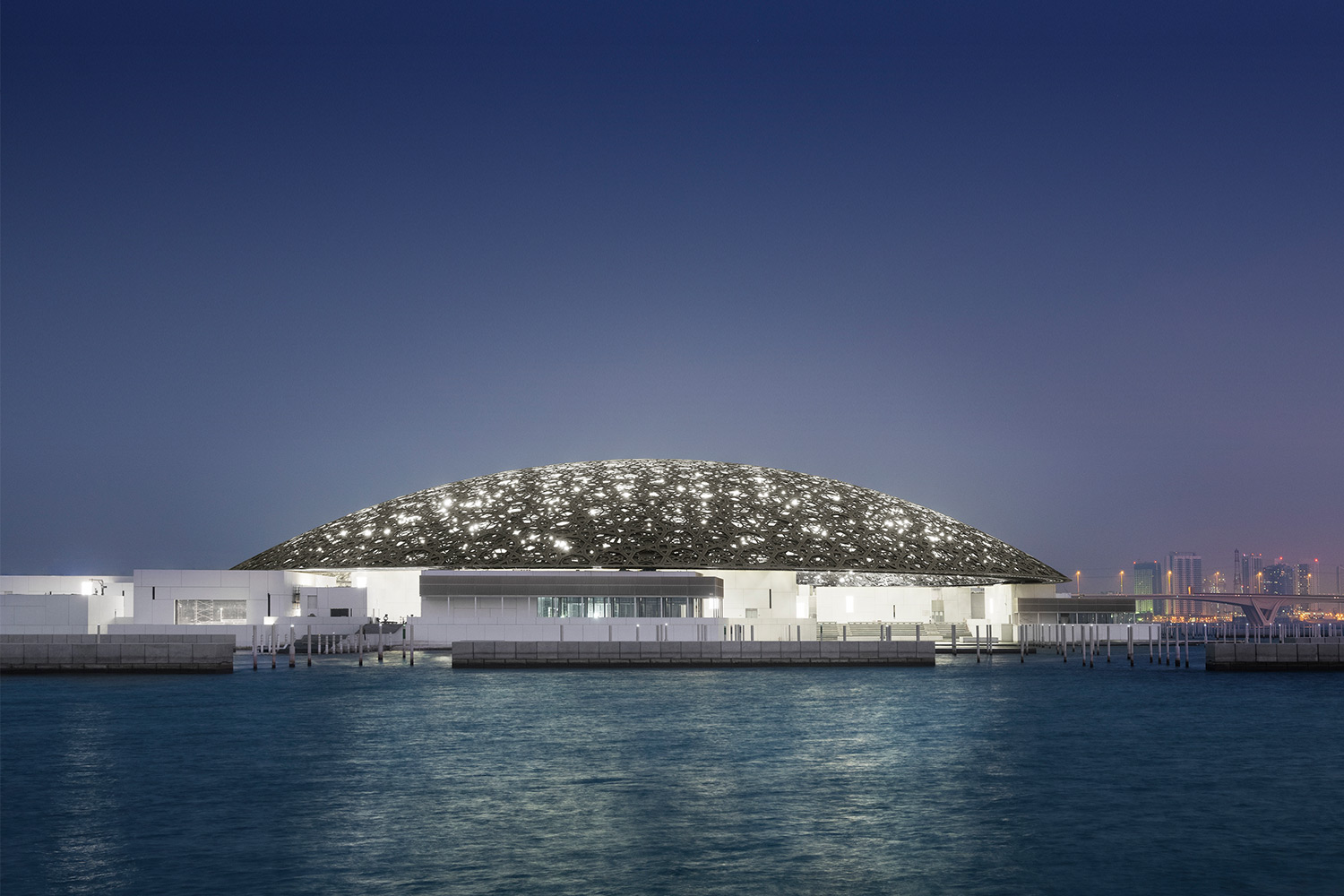 The development of our structural patternisation was so successful that it no longer needed to be hidden. Our work fully embraced the architectural vision and works with the architecture rather than simply supporting it.

In my view there are three reasons behind this. Firstly, it’s due to the commitment of our client, the Abu Dhabi Tourism Development & Investment Company, and their understanding of what we were all trying to achieve. Secondly, it’s down to Jean Nouvel and the passion of the people that work for him. And last but by no means least it’s down to us, the BuroHappold team, and our ability to find simplicity in complexity and order in what might seem to be randomness. It’s also down to our ability to get under the bonnet of the architectural vision and understand it so deeply that we can make it buildable without the need for compromise.

We are incredibly proud of the depth of BuroHappold’s involvement in the Louvre Abu Dhabi project. It included facade engineering, museography engineering, people-modelling, daylight analysis, acoustics and marine works. To be honest, there was very little that we did not influence.

“This is very powerful architecture and it required strong, cutting-edge engineering. The engineering of the Louvre Abu Dhabi is the work of a huge team of engineers working as one team to understand the clients’ desired outcomes and the architects’ response. Our engineering disciplines have been integrated seamlessly to deliver this masterpiece of a building.”
Stephen Jolly, Partner and Global Cultural Sector Lead

Environmental conditions permitting, everybody who comes to the Louvre Abu Dhabi will hopefully be struck by the rain of light, and how that enhances the wonderful artwork. I hope people will feel the sense of calm, reflecting on the artwork while the light of the sun reflects off the water surrounding them.

This is why I got into engineering!

I’ve loved every second of working on this project: everyone has been wonderful to work with. The architects were so creative and passionate, and such lovely people – I feel as though I’ve made a whole series of new friends. The workshops with them involved us being in a room from 9 until 6, sketching ideas the whole time, but I never tired of it.

About 500 people at BuroHappold were involved with the project and I know that every single one of us feels honoured and privileged to have been a part of it. 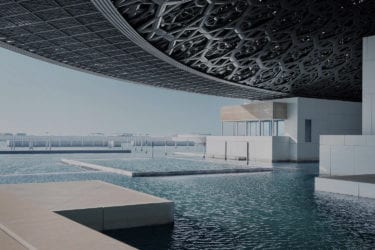