On January 19, 2017 BuroHappold hosted a London Design Sprint where experts from the technology, transportation, planning, design, and policy fields came together to rethink London’s street in an era of autonomous vehicles. 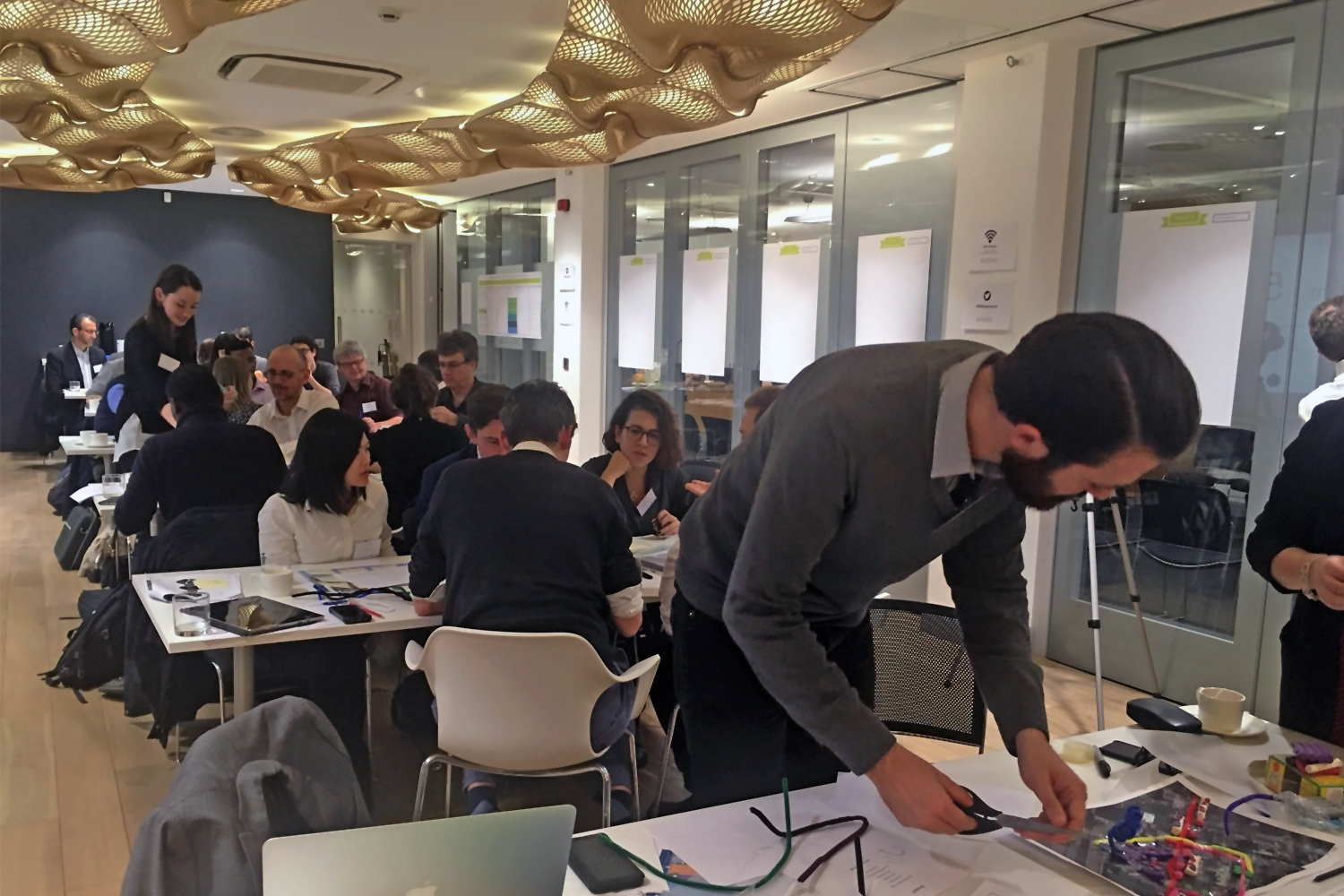 As with many cities globally, London’s population is growing at a rapid rate – with a transport infrastructure dating back centuries. As this trend continues, journeys between homes, places of work, and places of leisure will play a key role in the city’s ability to successfully adapt to these demands on density and scale. London’s current transport strategy includes aims for leading the world in its approach to tackling urban transport challenges; and to reduce the city’s CO2 emissions by 60% by 2025 – so not only is London well-placed for a Sprint on CAVs, it also has access to many of the stakeholders that will be involved in delivering the city’s vision.

The 30 experts who attended the sprint looked at rethinking the following three sites: Euston Road, Waterloo Bridge, and Old Street Roundabout. True to its name, the Sprint was followed by the participants with energy and momentum, and generated some exciting (and some novel) ideas, that responded to their London sites by thinking about street features, the types of CAVs, and most importantly, the citizens. Waterloo Bridge was to become the river’s “Third Bank”, while connecting a cluster of attraction of Covent Garden. Euston Road was to connect our bodies, health, and fitness to a “BioMobility” network. And ‘dynamic’ was to become the “New Old (Street)”, with a vibrant, user-driven flexible space.