Word on the street is that driverless vehicles – yes, the ones we remember from cult classics like Knight Rider, Total Recall and Blade Runner – are becoming 21st century reality.

But what impact will they have on our lives, and how will they work within our cities? Many of our industry collaborators and clients are talking about how CAVs can interact safely with one another and other road users, as well as questioning how cities can accommodate these new types of vehicle. Perhaps ‘mobility plazas’ are the solution, where vehicles can drop off occupants near their destination, and then park elsewhere while they wait to be summoned for the return journey? 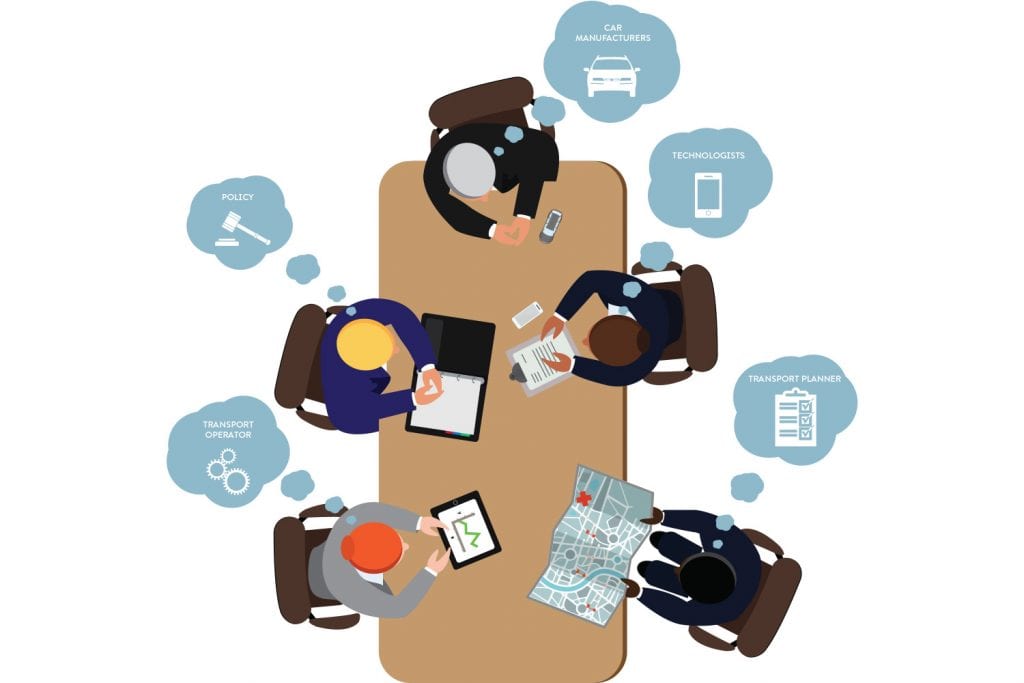 At BuroHappold, we’ve begun to discuss with policy makers how CAVs can be integrated into transport strategies. The dominant view at the moment is that the car manufacturing and technology market is most likely to determine the roles of CAVs in our cities, as opposed to there being a policy led approach from city leaders.

As an urban planner, I appreciate that technological advances should influence the development and achievement of policy objectives. It is my view, however, that without first asking the question about what role we want CAVs to play in our cities, there is a real danger that the market will provide something that has a series of unexpected and ill-understood consequences. Because of this, I feel that city leaders need to consider CAVs in the context of clearly articulated policy objectives and key performance indicators, and then put in place a supportive framework that will ensure they prove beneficial to all of us.

With that in mind, I feel it is time to consider an approach where cities leaders evaluate CAVs in the context of clearly articulated policy objectives and key performance indicators. Only then can a supportive framework be put in place to enable them to come to fruition in the most effective manner.

CAVs are already among us – with assisted braking and parking systems in cars now commonplace – and full autonomy and connectedness is not far behind. Uber, for example, have just announced that they will be introducing driverless vehicles within their fleet in Pittsburgh within the next few weeks. So it is increasingly important that leaders, policy makers, urban planners and vehicle manufacturers collaborate to develop policy that provides the right framework within which CAVs can emerge into our cities.

BuroHappold was pleased to contribute to the UK Governments Centre for Connected Autonomous Vehicles Call Evidence, and have been watching with interest the discussions being promoted by the UK’s Institution of Civil Engineers. In parallel, we are working with our partners to develop research which we will be sharing with the industry later this year.