Client: The Port Authority of New York and New Jersey 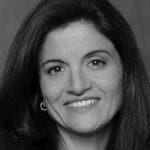 Use of covered tunnel approached improves infrastructure and community connectivity

With peak hour passenger numbers travelling through the Port Authority Bus Terminal (PABT) expected to grow from 220,000 to 337,000 by 2040, the terminal and the surrounding neighborhood was in need of revitalization and modernizing. The Port Authority of New York and New Jersey launched an international design competition to find a team that could reimagine this key part of the New York City transportation system.

The first phase of the competition sought early-stage design concepts for a dynamic mixed-use scheme and redevelopment of the 67-year-old terminal. A multidisciplinary team led by Pelli Clarke Pelli Architects and BuroHappold Engineering delivered plans for Times Square West, a $3.7 billion dollar proposal. The plan was selected as one of the finalists for this highly specialist and technically challenging project.

The client seeks to create a new district that connects the Hudson Yard development with Times Square, using only port-owned land to fully fund a new state-of-the-art bus terminal. A key challenge for our team was to propose plans that would relocate the terminal while also ensuring services remained operational during construction.

A second challenge was to remove the aging architecture and return the neighborhood to its residents. Built in a time when people did not fully appreciate the debilitating effects of motorized traffic – from noise to smog to soot – the PABT essentially took over the midtown area of Hell’s Kitchen. Ramps flew over Ninth Avenue, streets were darkened, shops closed, and communities had to compete with noise levels created by heavy traffic. We needed to reimagine the site to improve experiences for commuters, residents and businesses.

In addition, we also needed to define a bus terminal for the next century. Technology in bus operations, especially in ticketing and geo-positioning, has progressed rapidly in recent years, and the design needed to embrace these changes to make the terminal fit for purpose.

A key challenge for our team was to propose plans that would relocate the terminal while also ensuring services remained operational during construction.
Kate Ascher, Partner

Working closely with the rest of the competition team, we proposed a design that would see the PABT downsized by 25% and the removal of the ramps and tunnel approaches that overtook the road network. This approach reintroduced an ease of mobility, and enabled a plan for vibrant city streets with active retail outlets to replace the existing infrastructure.

To locate the terminal fully on PABT-owned property while also keeping the service operational, our team proposed situating the development on a platform directly over the mouth of the Lincoln Tunnel.  We devised a phasing system that will allow buses to operate directly under the new construction, and then switch overnight to the new helixes and ramps leading to the new terminal.  Giving buses direct access to the Lincoln Tunnel will also reduce traffic congestion. In addition, we designed covered tunnel approaches to further connect the development with its surroundings and reduce the impact on the existing road structure.

Using our bespoke SmartMove software, we were able to analyze rapidly the design as it progressed. Our in-house software dynamically illustrated people flow through the terminal, up escalators and into the gates. We identified pinch points, bottlenecks and areas that might become congested, allowing us to address these issues and improve the design.

BuroHappold brought together a diverse field of experts—from architects, engineers and transportation specialists to contractors, land-use attorneys and financers – to the competition. Our plans demonstrate how it is possible to downsize the PABT to make it more efficient and better connected to the local community, relocate it in order to repair the urban fabric, build it while still operating, and pay for it with development dollars.