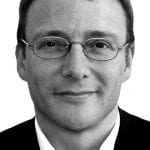 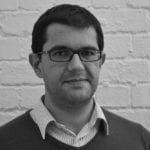 The exterior was designed by Sir Giles Gilbert Scott, who also created Liverpool Cathedral and the red telephone box

Battersea Power Station is a Grade II* listed landmark that is being sympathetically transformed from a much-loved industrial relic into a twenty-first century destination. This 1,100,000ft2 building is set to open in 2021, which is when the Northern Line Extension serving the area will be completed.

The six-acre site constitutes phase two of a major regeneration project that will coherently revitalise this central London district. Meticulously renovated over eight years, the power station will be the cornerstone of an entirely new neighbourhood. As well as providing 253 homes, the mixed-use building will contain restaurants, shops, cinemas, six floors of office premises and an entertainment venue capable of holding 2,000 people.

This national treasure has proved problematic to repurpose since being fully decommissioned in 1983. As successive proposals have fallen through – including a planned theme park, for which large sections of the roof and west wall were removed – the building has suffered from decades of neglect. Battersea Power Station seemed destined to defy modernisation until 2012, when it was purchased by a Malaysian investment consortium.

BuroHappold Engineering overcame a number of challenges in helping to restore the power station, which is formed of a steel frame clad in brick. The client, Heritage England and London Borough of Wandsworth, wanted to maximise reuse of the building, necessitating careful consideration and interaction between the new frame and existing fabric. Below ground, obstructions and deep geological scour hollows created a unique and highly variable foundation system to work with, with significant risk of differential settlement between new and existing structure. Fire risk management also proved testing, as the existing constraints and complicated nature of the building meant that bespoke solutions had to be developed.

Repair and modification were necessary throughout the building. The power station’s external elevations had become damaged in many places as the existing frame has moved and expanded as a result of long term weathering. Due to the resultant cracks, water penetration has caused rust. As such, the building fabric needed widespread intrusive restoration.

The reinforced concrete chimneys had to be assessed for viability, while the wash towers – used to clean sulphur from smoke – were badly affected and needed substantial intervention. Existing windows situated along the east and west walls had to be extended to increase ingress of natural light. This called for architecturally sensitive remodelling that allowed incorporation of ventilation into the reveals.

Originally designed to be operated in two stages, the building is actually a pair of connected power stations. The first, Station A, was constructed between 1929 and 1935; work on Station B started in 1937 and finished in 1955, when the fourth and final chimney was put into place. Station A contains lavish art deco interior finishes. Notable features include the opulent, marble-lined control room that overlooks a turbine hall decorated with glazed tiles known as faience. Reflecting the immediate post war period in which it was built, Station B follows the same pattern but is more austere. The control room’s panels, switches and dials are set in stainless steel while a pale Italian ceramic covering protects the walls and pillars. All such artefacts had to be safeguarded and will be part of the final scheme.

Through integrated engineering, we have made the architectural vision viable. Our team’s experience has allowed large structural elements to be realised. For the duplex apartments, we developed a lean, efficient means to achieve an ambitious 11m cantilever over Control Room A in Switch House West. By placing an A-frame at the very top of the living space and inserting new pile foundations, the floorplate of the upper residential area could be maximised while meeting all heritage demands. We also devised a straightforward construction sequence and pre-setting strategy to ensure that agreed tolerances of the structure are met when the apartments are handed over.

Control Room B, meanwhile, was situated within the middle of a steel frame. This necessitated formulating a means to cut and carve the floors above and below. Our engineering solution also incorporated a stabilising vertical concrete core and the installation of new foundations, all of which left the control room in unspoiled condition.

Two vast tree-shaped structures in the boiler house each supporting 30m x 30m of office floorplate over eight storeys, while also serving an ornamental function within a column-free space. BuroHappold’s computational capability enabled us to take the architectural intent and translate it into impressive forms of monumental elegance. Overcoming problems presented by supporting these “trees” in the context of the power station’s complex subterranean infrastructure, we introduced piles measuring 2.4m x 60m.

Elsewhere, work on the turbine halls demanded pinpoint accuracy to introduce columns within inches of existing delicate surfaces. Buried concrete-encased steel beams are supporting the edge columns of the new 13-storey building infill inside the boiler house; the new columns are set three inches away from the existing ones, which support Turbine Hall A. Although the cantilevering end of the fabricated beam is as thin as possible, it did not quite fit with the existing foundation geometry. Using advanced modelling techniques, we demonstrated that parts of the existing pile caps could be cut away to make space for the new 24-tonne steel beams without compromising the integrity and required capacity of the foundations. The differential settlement issues and close proximity required robust tailored waterproofing details. The fabricated beams’ geometry, and the pile arrangement supporting them, varies significantly along the length of the boiler house. Therefore all 26 of the fabricated beams have been individually tuned to ensure that they behave in the same way, which is compatible with the existing fabric.

Our fire risk management team met client demand by adopting a number of innovative solutions. This has involved detailed analysis and application of first principle fire engineering techniques and expertise to show that proposals will result in a safe design to comply with building regulations.

Regarding repairs to the external existing fabric, we finalised a strategy that involved removing damaged brickwork to access sections of the steel frame, which were then grit blasted and repainted. One-and-three-quarter million replacement bricks have been specially made to match the original. BuroHappold devised a considered repair strategy for the existing steel frame and the brickwork facade based on a risk approach to find the right balance between the initial capital expenditure and an ongoing maintenance regime. We have demonstrated compliance for the new loads and disproportionate collapse requirements, while limiting the amount of overall strengthening needed to only a handful of places.

Addressing the chimneys, we established and led a conservation steering group to explore practical options. When it became apparent that these monoliths were beyond safe repair, the decision was made to dismantle them and create new geometric replicas on site. Requiring 25,000 wheelbarrow loads of concrete and 1,500 litres of paint to implement, this method upholds the very highest safety standards while maintaining the building’s famed silhouette in fine detail.

Since undertaking our first structural inspection on this site at the turn of the millennium, we have cultivated a unique understanding of the building’s fabric and structural behaviour. This knowledge has proved invaluable when maximising sustainable reuse of the structure, sequencing temporary works and installing elements that are subject to extremely large forces. We are also able to provide the client with a realistic idea of post-occupancy maintenance obligations as a responsible owner.

Transforming Battersea Power Station is a complex project that assures a future for this magnificent building. BuroHappold is at the core of a collaborative team that is delivering this vision.