Kenneth has a keen interest in engineering design and detailing of facades, including performance requirements and specification monitoring. He has extensive experience in facade testing and site monitoring, working on a number of projects in the UK as well as in Europe, the Middle East and the USA.

Through his doctoral research, Kenneth remains committed to advancing the state of knowledge in structural glass and wind engineering and has authored and presented numerous papers on these topics. He also sits on the CWCT technical group which is responsible for the development of technical standards for facades in the UK. Kenneth is also contributing to the development of the Structural Glass Eurocode as a committee member of the British Standards Institution.

Kenneth joined Buro Happold in 2013 as an Associate Director. He is now Group Director, where he is responsible for leading projects as well as directing and delivering the team’s business plan. He maintains close links with universities, keen to help spread knowledge in the growing field of facade engineering by lecturing at the University of Cambridge and the University of the West of England (UWE). 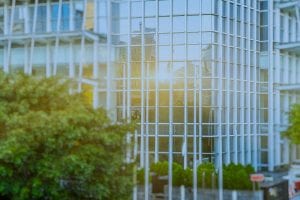