Andrew Best, a Partner based in BuroHappold’s London office, talks about being an invited judge for the forthcoming 2019 World Architecture News (WAN) Awards.

This is the tenth year of the WAN Awards. How did you first get involved?

For a long time I was a judge for Product of the Year. That would be things ranging from weird acoustic doors and new lifts through to bits of computer software. Quite a broad category. The WAN people then had a series of awards identifying 21 upcoming architectural practices that would make a difference in the 21st century. That was called 21 for 21, which started in 2011 and ran for five years. 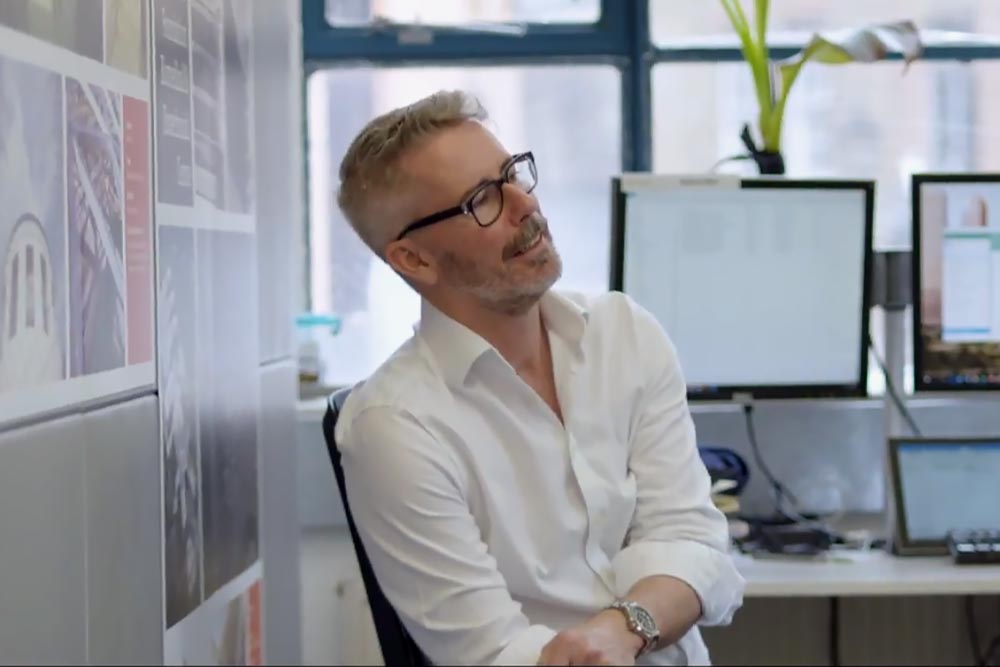 You were a judge for that?

Not for the first one, but I did every year after that. I remember one year a fellow judge was Patrik Schumacher, who is now the number one designer at Zaha Hadid. Another was Martha Thorne, who’s the executive director of the Pritzker Prize [hugely prestigious architecture award]. Actually, that was slightly embarrassing.

The entries had been shortlisted from 150 down to 50, which we were judging as a group. Martha Thorne said to the editor of WAN, “How did you do the shortlisting?” He replied, “Well, Andrew did it.” She looked at me in a slightly startled manner, like, “You’re a bloody engineer!” Then, not very long into the judging, she’s, like, “Yeah, fine. You know what you’re talking about”. After 21 for 21 finished there was a bit of a gap when I didn’t do anything, but I’m back in now. I was a judge for the Rising Star Award in 2018 and I’m hoping to do that one again this year.

What are you looking for in a winning project?

It’s never a winning project – it’s a winning practice with a body of work that appears to be doing something original and showing a breadth of thinking. For example, there was one practice that we didn’t progress last year that was doing beautiful, beautiful apartments. But all they did was beautiful, beautiful apartments. Is that a rising star? Are they ever going to move on and bring new things into the architectural discourse? Whereas there was another practice that had created a few little pavilions for one of the big US institutions. What they’d done was weird and very low budget but really interesting with a very creative use of materials. I thought, “Wow! Given a proper budget these guys could go far.” They got through the shortlisting stage.

Haptic [small architectural practice based in London and Oslo] won last year. They had an impressive range of work at different scales – quite big projects along with some small, perfectly detailed stuff.

In the process of taking a project from drawing board to realisation, what are the biggest challenges to design excellence?

There’s always a challenge around value, in trying to design something that is interesting and striking and meets the client’s brief but also doesn’t waste money. Interestingly, the Dutch have a habit – a reputation, almost – as a nation of architects who are good at that. They’ll make a statement with a particular bit of a building – so it’ll have this amazing facade or an extraordinary cantilever or whatever it is – and then everything else is extremely cost-effective and quite pared back. They reign themselves in on most of it but then just go for the big statement.

So some kind of compromise is inevitable?

Yes, exactly. If you’re clear on the architectural driver – what’s the really important piece of this design – then it becomes easier to compromise because you know the crucial bit that you need to keep.

Have you ever won any awards?

I’m trying to remember but nothing springs to mind. I’m flying under the radar! I have a funny feeling that we might have won a structural steel award for the Body Zone back in the Millennium Dome days.

What happened to all those bits and pieces from the Body Zone?

Oh, it all just got trashed. There are three projects that are most impactful in my timeline at BuroHappold: within the Millennium Dome I did a series of exhibition zones that have been demolished; I did the water polo venue for the 2012 Olympics, which has been demolished; and now I’m doing Stratford Waterfront, which hasn’t yet been built. But, you know, otherwise it’s great! Stratford Waterfront will be a lasting legacy. As the project principal, I’ve been doing that all but exclusively for the last four years. They’ve recently got planning consent and they’re digging holes on site so there’s actual real-life progress, which is very exciting.

How does being a judge for the WAN Awards help you as a designer?

At the simplest level, you can’t help but be inspired by interesting new projects and fresh architecture. Some of them you end up collaborating with, but the business development aspect of it isn’t the driver. Being exposed to innovative thinking is what’s really good about it.