There is so much to look forward to as we enter the 2020s at BuroHappold. Some of our most inspirational projects will open this year, from a monumental museum in Egypt, to a grand transport infrastructure project in Saudi Arabia, and an earthquake-proof theatre in Los Angeles. To celebrate we’ve picked five of our favourite projects due to open in 2020. 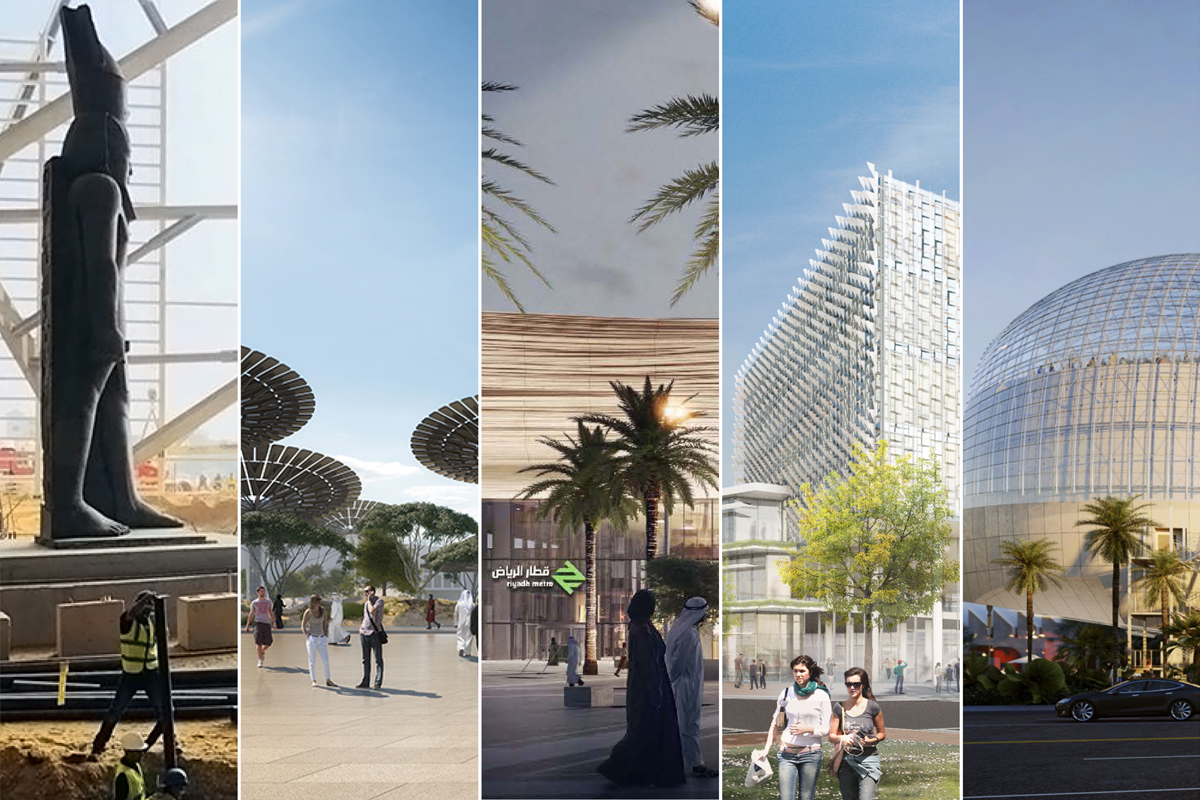 Megalithic in scale yet insightful in approach, the Grand Egyptian Museum is a remarkable feat of architecture and engineering that earns its place beside one of the Seven Wonders of the World. Featuring landmark architecture and ground-breaking passive strategies, the museum is a rarity in its own right, a fine balance of visual and environmental harmony with its unique surroundings. 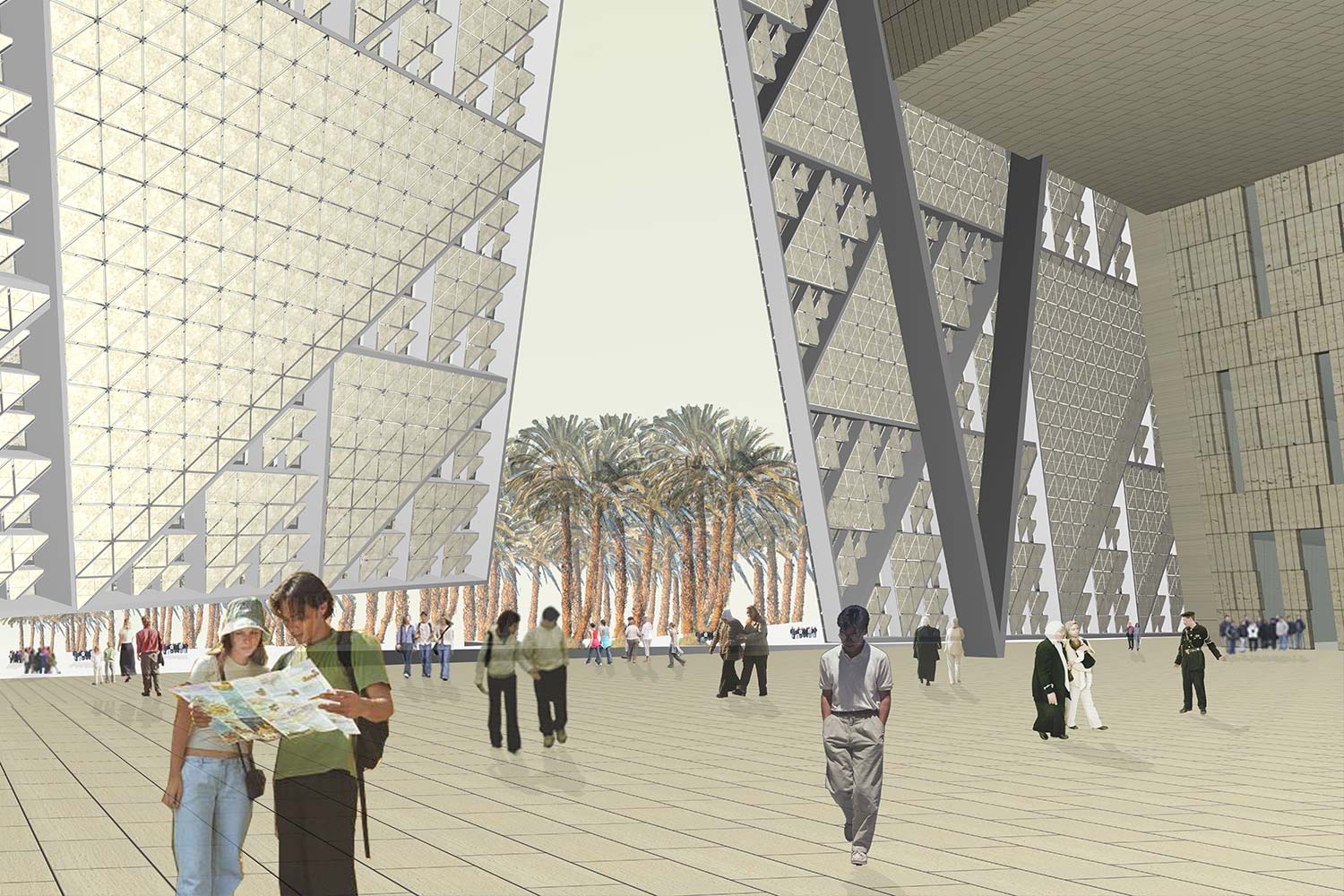 In 2003, the Egyptian Ministry of Culture launched an international competition to create a world-leading, iconic museum on a prestigious site overlooking the Pyramids of Giza. The winning design needed to be monumental in scale and ambitious in scope, setting the highest standard for the development of a future oriented heritage complex on this historic site while harmonizing well with the ancient splendour of the Pyramids.

Our client wanted the museum to stand as a symbol of successful sustainable design for Egypt. With a long history of delivering pioneering low energy solutions in some of the most extreme climates around the world, we met this challenge head on – adopting a passive approach to building environmental design to achieve an internal environment that is conducive to both visitor comfort and the preservation of irreplaceable artefacts.

Expected to welcome 25 million visitors from hundreds of countries over its six month duration, Expo 2020 Dubai will celebrate human ingenuity. Collaborating with Grimshaw, BuroHappold is providing multidisciplinary engineering services for the Sustainability Pavilion, one of three pavilions that will play a central role in the world event. 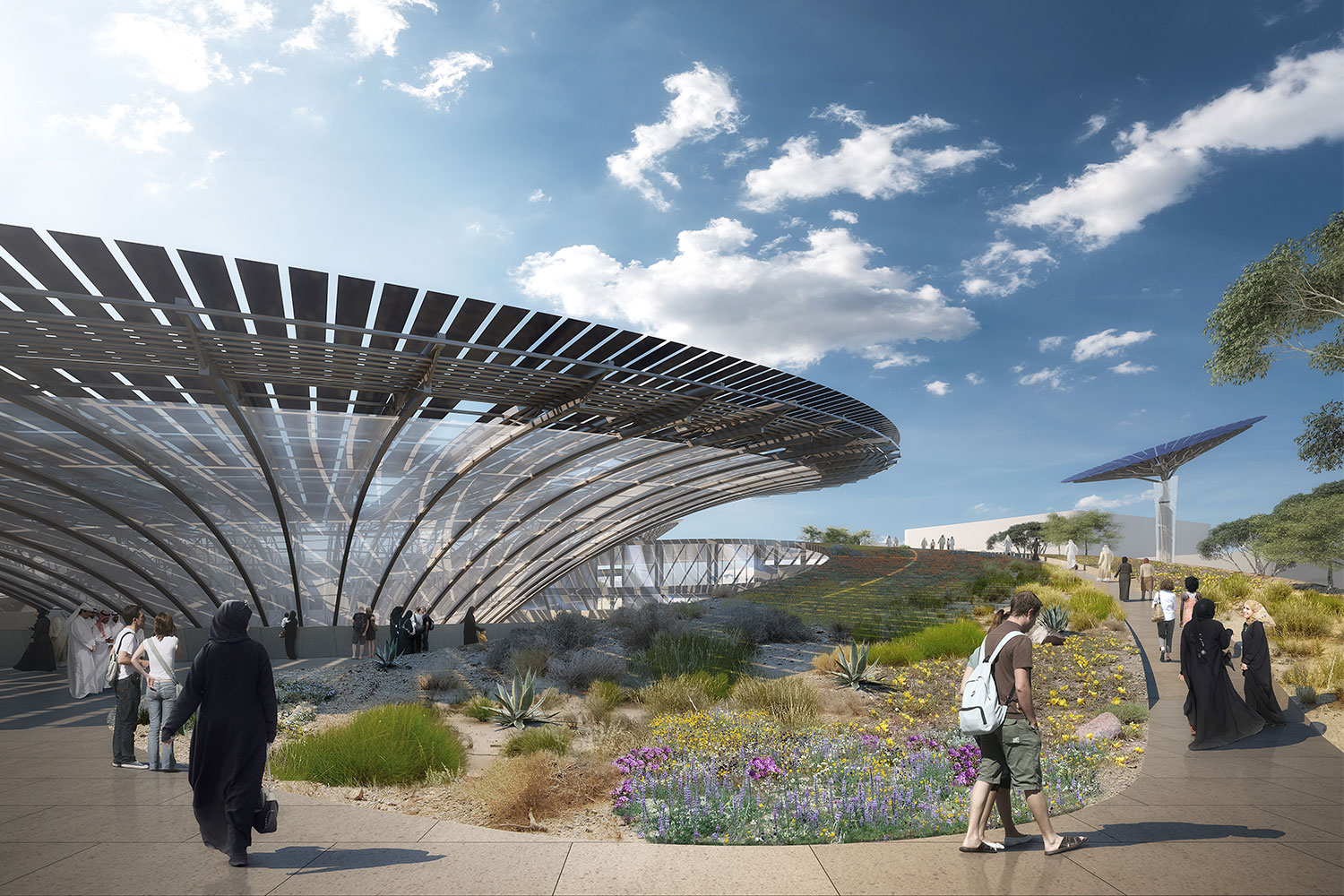 Designed to create an immersive educational experience, the Sustainability Pavilion will promote ecology, sustainable technologies and design. The Pavilion’s core building features an 86,000 ft2 exhibition space that includes an auditorium, courtyard and reservoir. The buildings will contain solar energy, water harvesting and innovative materials in a context that is unique to the region. The large roof of the pavilion will not only provide shade, but also generate power using photovoltaic (PV) panels that will draw energy from the sun to power the site.

A series of ‘energy trees’ will also act as solar panels to absorb the sun’s energy. These ‘trees’ will also have the ability to generate water from the atmosphere. Looking to the future, this permanent structure is expected to serve as a science ‘Exploratorium’ after the expo’s closure in 2021. 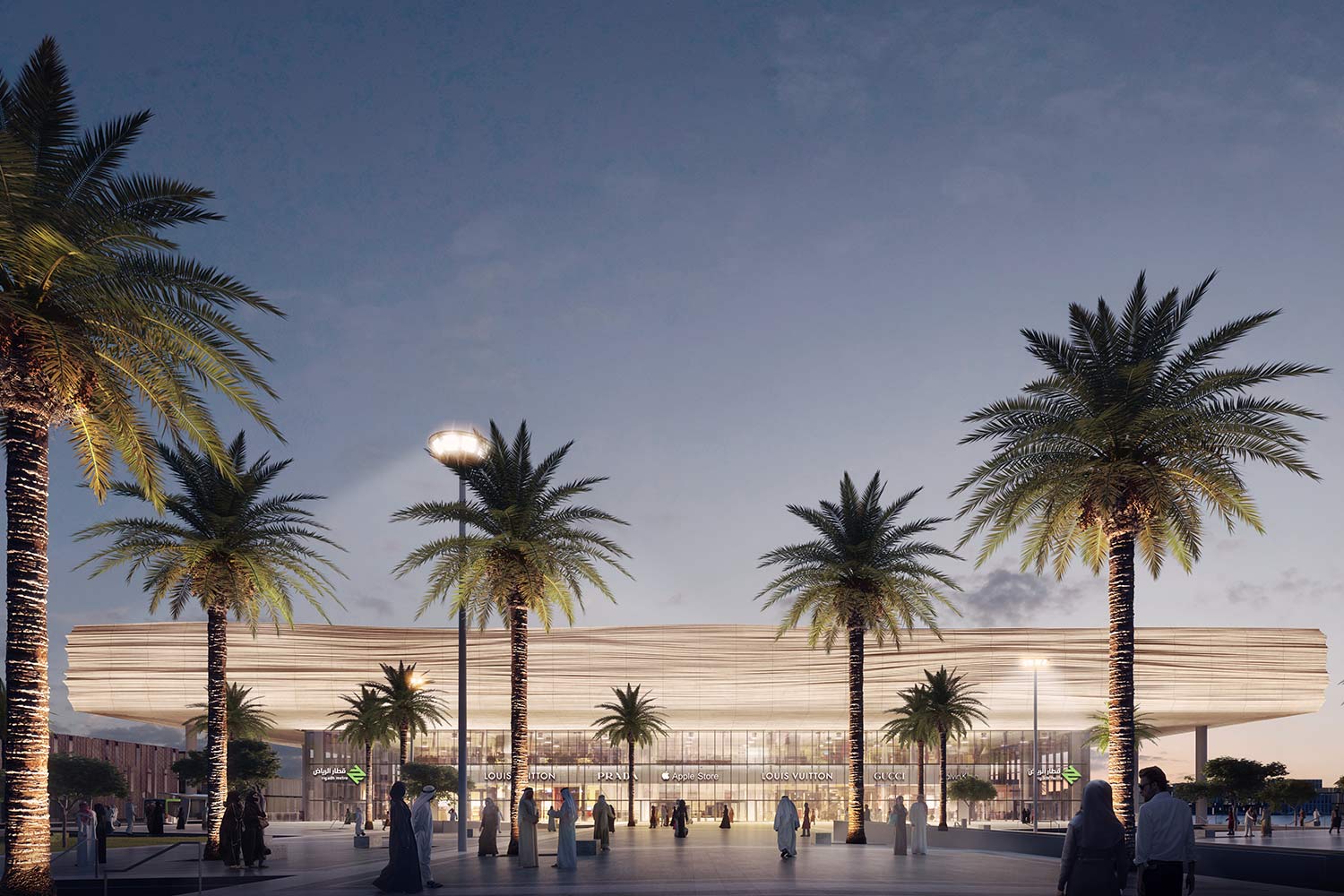 Situated in the centre between the two main urban hubs of King Fahad Road and Olaya Street, Olaya Metro Station is part of an ambitious project to transform Riyadh’s metro system. Image: Gerber

The unique design of the station forms a clearly recognisable landmark on Riyadh’s most prestigious strip, which is equally as inspired and impactful as Riyadh’s other building icons, such as the Faisaliah Tower and Kingdom Tower. BuroHappold led a multi-disciplinary international design team to help realise the client’s ambitious design intent and successfully deliver a complex building in a busy urban environment.

Inside the station there are four levels extending 30 metres below ground. This space contains one rail platform that crosses under another. The above ground area accommodates food courts and a shopping mall in keeping with a scheme that employs open views and natural light to enable easy wayfinding.
As lead consultant, BuroHappold coordinated the architecture and the engineering design for this prestigious site. This was undertaken along with landscaping, externals, and cost planning, as well as RAMS (Reliability, Availability, Maintainability and Safety) studies.

The number of students studying science and engineering at Harvard’s School of Engineering and Applied Sciences (SEAS) has tripled over the past decade, resulting in the need for a new, purpose-built faculty building that will match the University’s reputation for excellence. The project to create the Science and Engineering Complex in Allston is a major addition to the university and community, providing state of the art laboratory and teaching spaces across a seven-storey building with two levels of basement space. 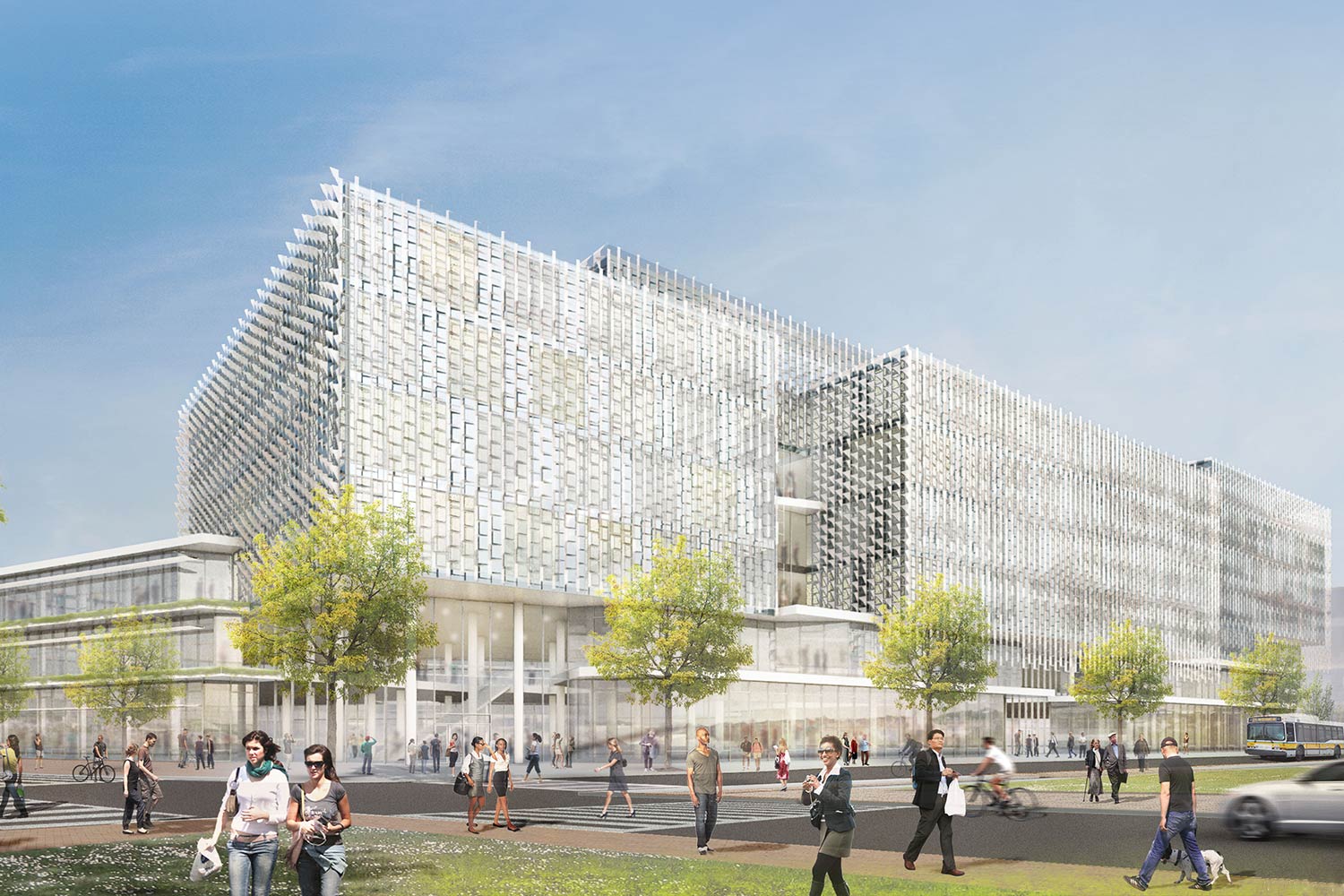 Our team carried out extensive analyses to assess how best to incorporate the new building over the existing substructure, seeking to minimize both structural interventions and strengthening requirements while maximizing reuse of the existing construction. The resulting design features an open atrium, linking the new and existing buildings. The upper levels are linked by cantilevering walkways, bridges and interconnecting staircases to create openness between learning spaces.

The work on this project demonstrates how BuroHappold’s engineers are able to successfully coordinate between our national and international offices, with design taking place across our New York, Boston and London teams to ensure the best skills are utilized.

Designed by Pritzker-Prize winning architect Renzo Piano, the Academy Museum of Motion Pictures will consist of a major renovation to the 1930s Streamline Moderne May Company Building, plus a soaring spherical addition that will house a 1000-seat theatre.

The two buildings required very different structural solutions. The Saban Building’s original steel and concrete structure required strengthening to be able to resist an earthquake’s forces to meet structural requirements for Class A museum space. For the 150-foot-diameter, orb-shaped theatre addition in depth analysis argued for an unusual base-isolation system. During an earthquake, base-isolators allow the theatre to move up to 30 inches in any direction. 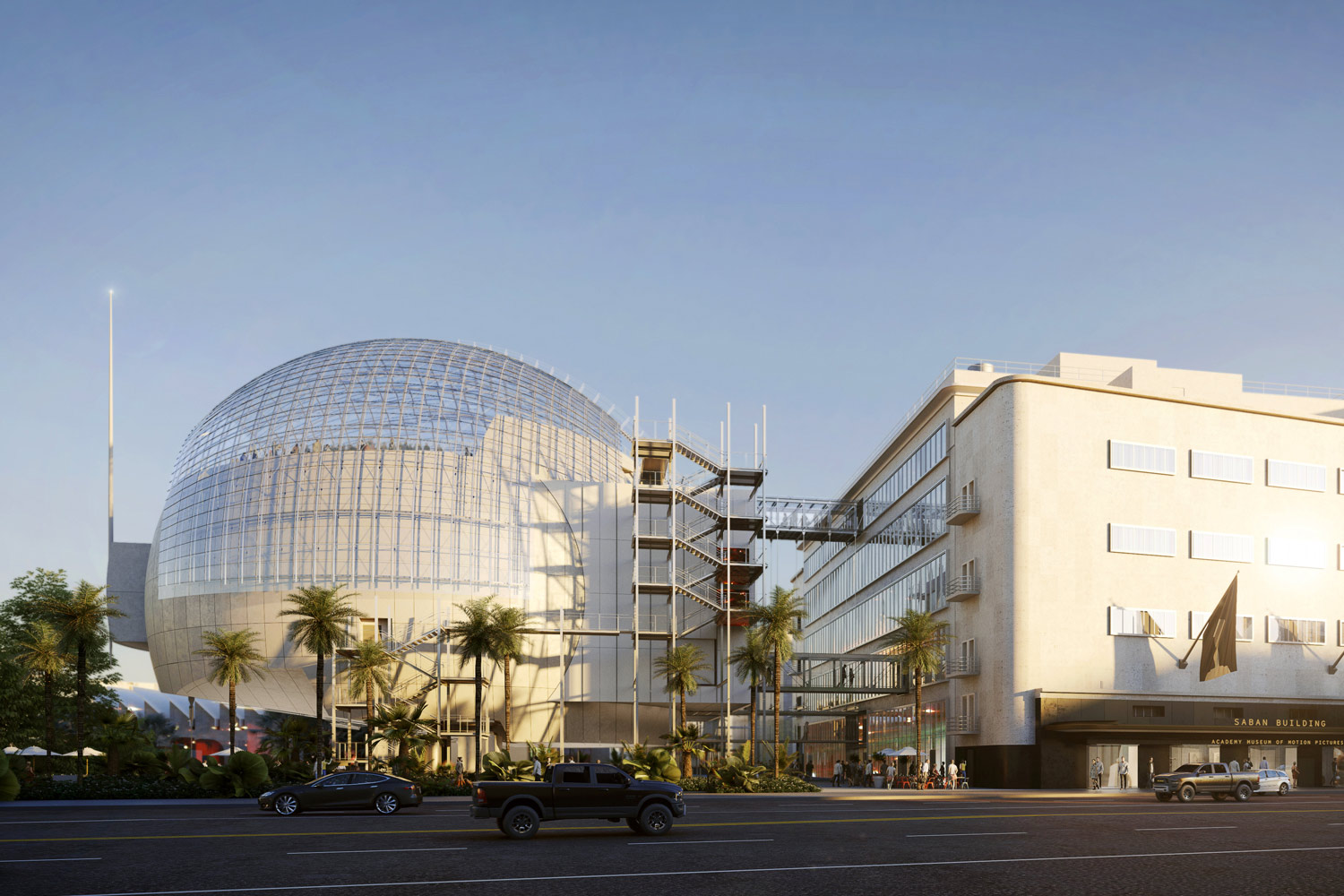 Because the theatre and the renovated structure are designed to move so differently during an earthquake, building components running between two structures, including mechanical systems as well as circulation bridges and stairs, required flexible connections.

Another challenge was the decision to build a 125-ft-high concrete sphere. Using traditional cast-in-place concrete, poured against formwork, would be difficult and expensive. It also might not result in the smooth, natural finish to the dome the architect envisioned. The sphere’s outer skin has 690 precast concrete panels. These curved panels are each typically four feet wide and up to 13 feet tall and weigh one to two tons apiece. The panels, with added rebar, are then sprayed with shotcrete which locks the frames against the panels to reinforce the shotcrete, a time saving strategy. Any exposed steel was burned off which then created a smooth shell. 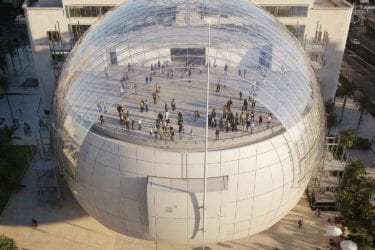 A first look inside the Academy Museum of Motion Pictures News 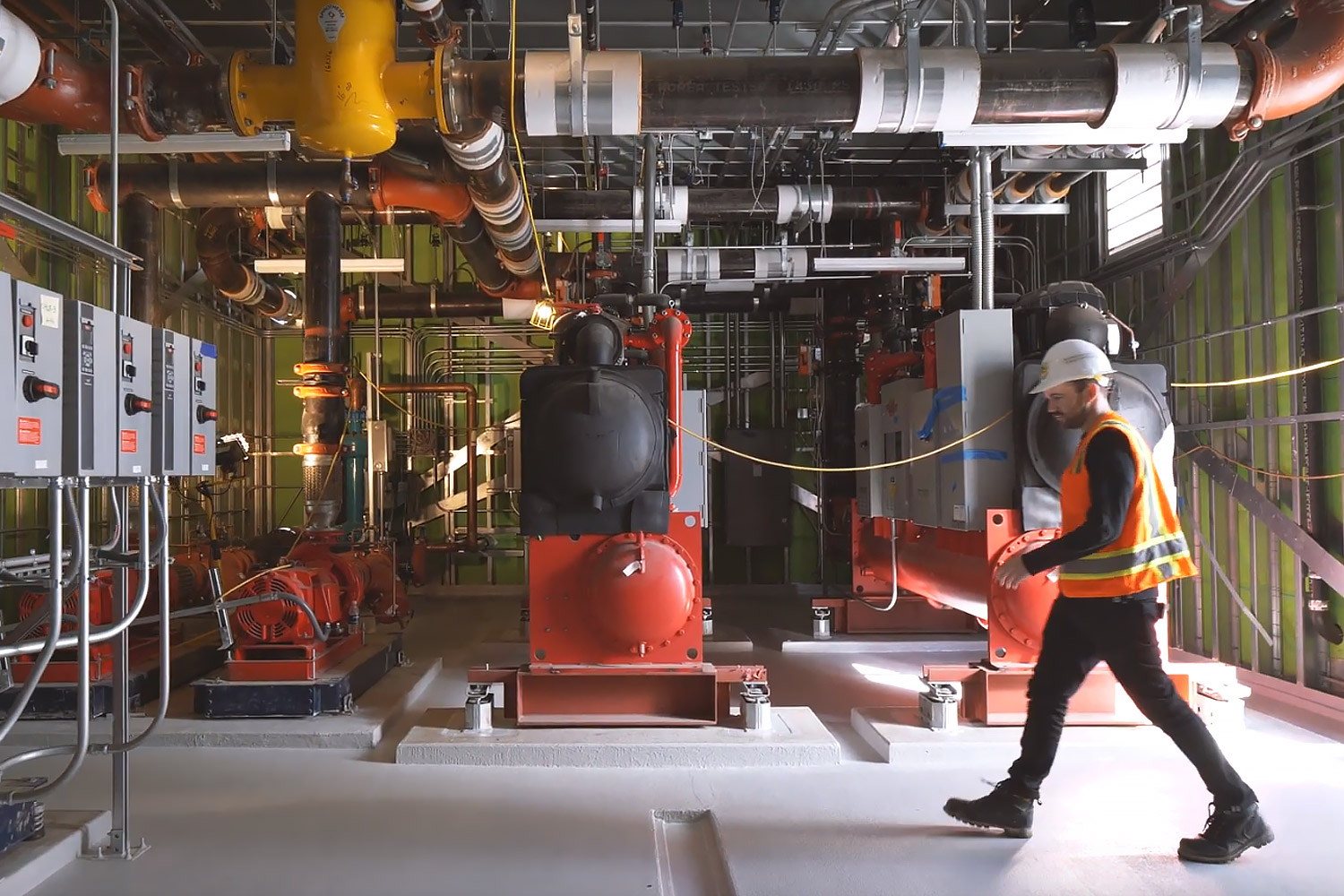 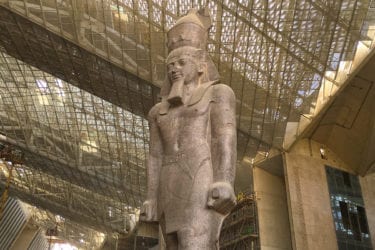 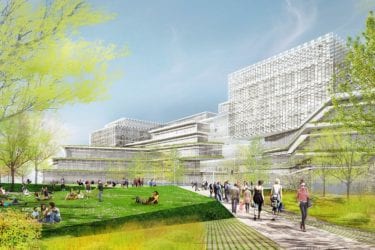