The building that is also a power plant

The Urban Sciences Building at Newcastle University is the focus of a research project carried out by researchers within the University’s School of Engineering. BuroHappold was the consultant, during the build, advising on a sustainability framework for the building, and responsible for BREEAM accreditation. BuroHappold is now an industrial partner on the research project.

The aim of the research is to consider the potential for the building to offer flexibility to the local electricity network by reducing import from, or export to, the network at the point of connection. 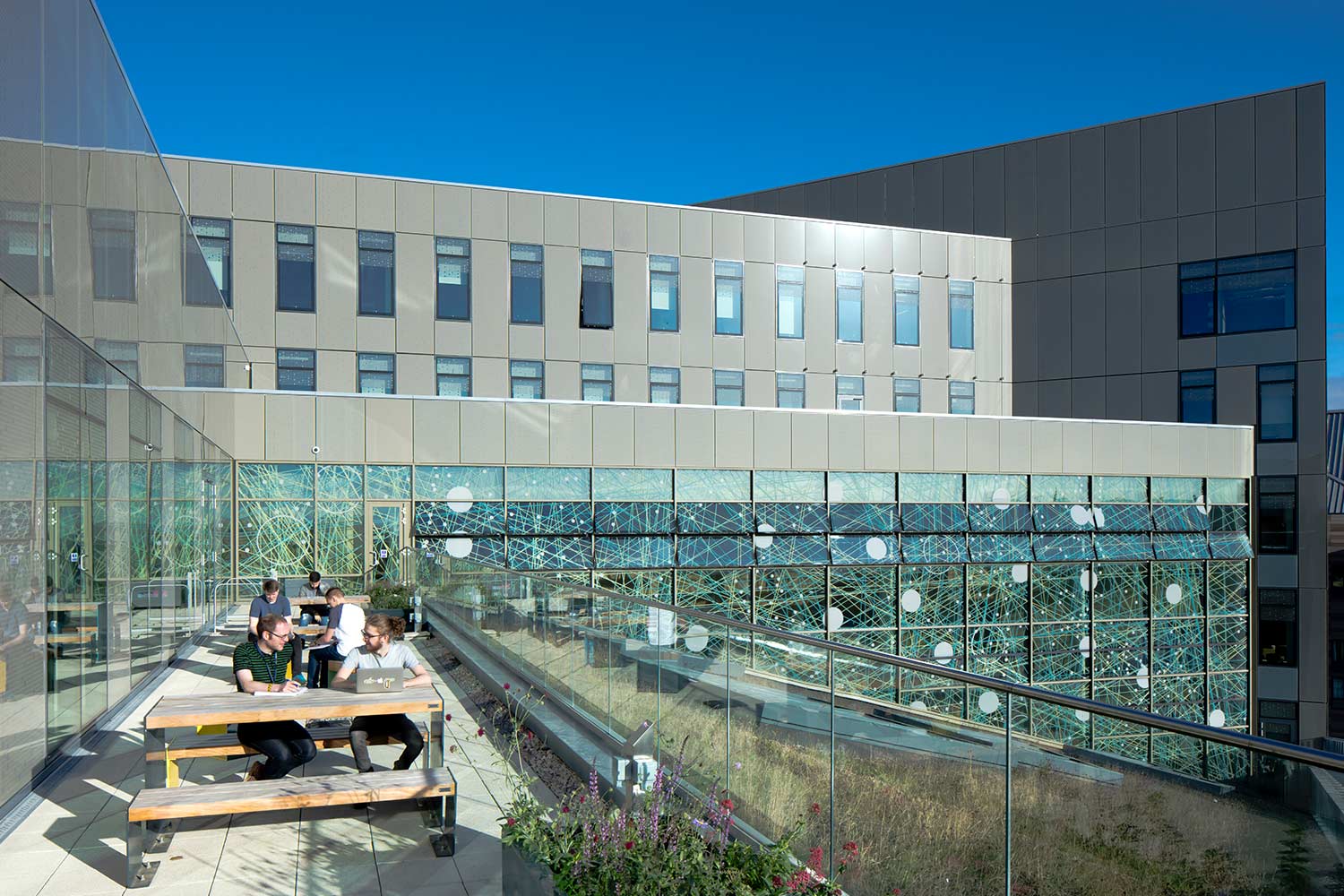 The building has 6 storeys, with 22 air handling units and 25 heat pumps. The Swegon Teal heat pumps have rated heating capabilities of 51.5kW to 112.3kW, and all are reversible aside from three roof-mounted units that are configured for hot water heating only. The heat pump total capacity is 445.9kW. The research team is investigating heat pump, air handling units, lighting and lift loads and PV generation in order to understand the potential magnitude, speed and duration of demand response and other grid services the building can offer.

Researchers found that all heat pumps could offer load flexibility for a maximum of four hours, provided the cooling rate of the building was no more than 0.5ºC/hour1. The building was modelled in DesignBuilder, and the results confirmed the building cooled at a rate of <0.5ºC/hour (during winter design day with sub-zero external temperatures), which was within comfort limits (see Figure 2).

Figure 2. Winter time cooling rate, following a demand response event (deactivating the building electrified heating system).
The impact of thermal mass and thermal resistance can be compared for the USB and 2 other example buildings.

The total USB consumption and percentage demand response capability was determined, and an example of results is shown in the graph below for February 2018 hourly averages (based on 2.9m data points of actual building power consumption data). The research has identified that, over the course of 24 hours, on average the building can offer between 14% and 46% electrical demand reduction.

the building can offer between 14% and 46% electrical demand reduction 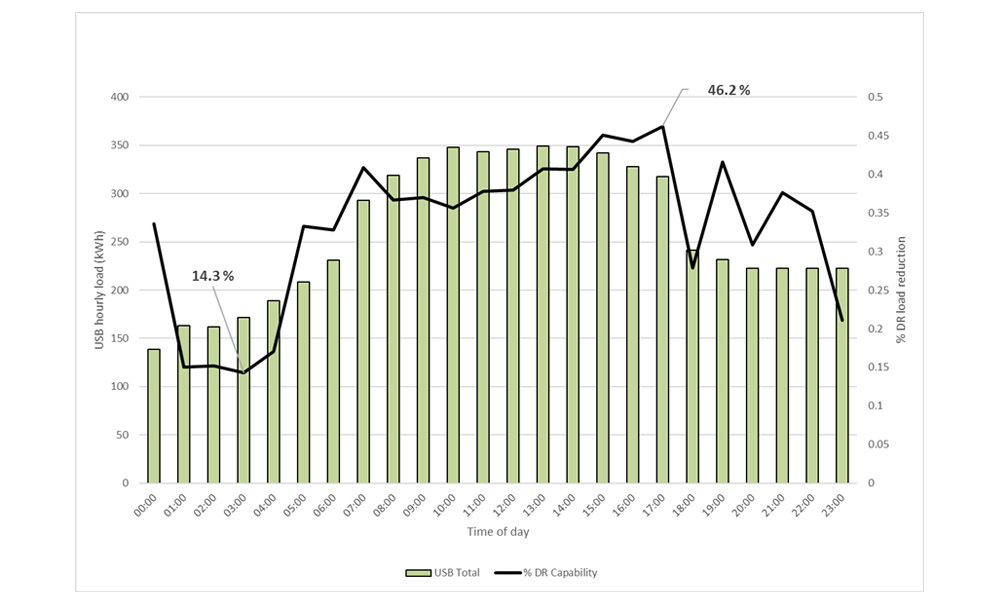 The building sensors are accessible via the Urban Observatory platform, which is open to the general public. There are thousands of sensors across the building, and the majority of these are in room sensors which monitor temperature, relative humidity, CO2 and light levels (lux).

there are thousands of sensors across the building, monitoring temperature, relative humidity, CO2 and light levels 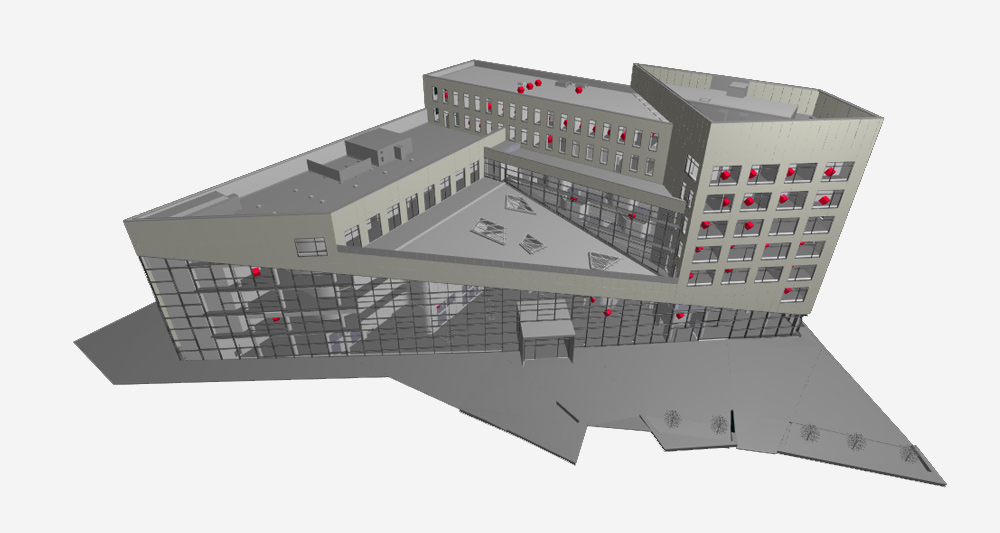 However, during the building’s operational period, it is not uncommon for some sensors to fail to record data for a number of reasons which can present data analysis problems.  In this project, the use of accurate missing data imputation was also investigated. Figure 4a shows the original data, with missing values, and Figure 4b shows the data post-processing, using an imputation method which proved to have the lowest error. 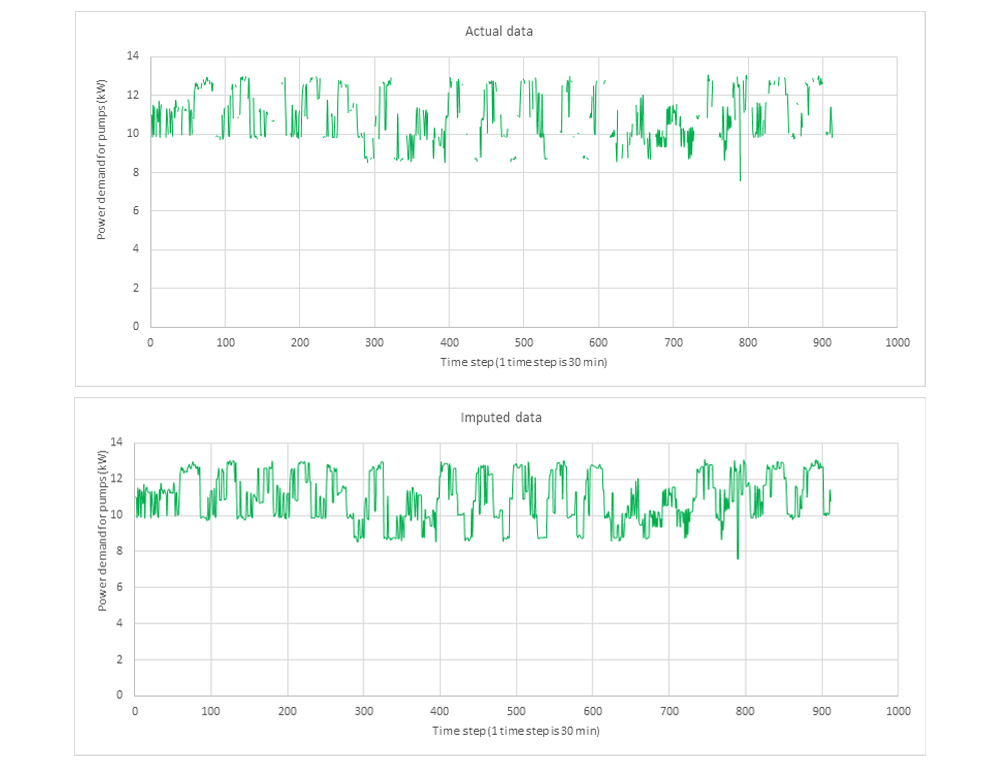 Once the building load audit was complete, the researchers then looked at the impact on the local electricity network. Figure 5 shows a single line diagram representation of the current 11kV network serving the Newcastle Helix site which is owned and operated by Northern Powergrid (NPg). The network serves as an 11kV ring, connecting both busbars of the Corporation Street 33/11kV Primary Substation. The ring is disconnected at the Green busbar and as such, the network operates in a radial configuration. There is the potential for alternative network configurations, since the Helix network can be fed from either the Green, or Red busbars.

Researchers are currently investigating the potential for the building to provide ancillary services to both the local distribution network such as voltage control or powerflow management, and global services such as frequency response. 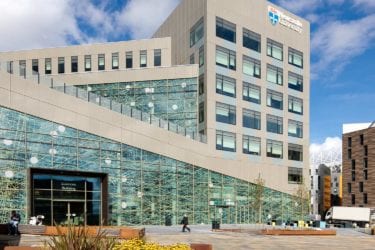 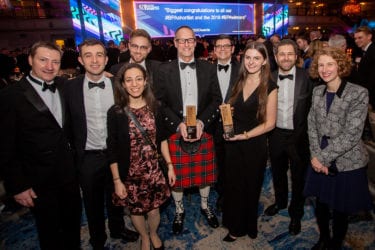 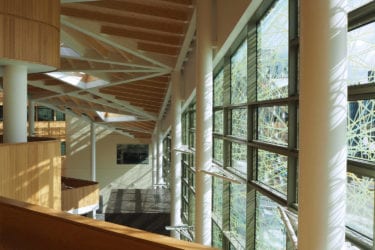