We are very excited to have completed our second event in Asia, in Hong Kong, home to BuroHappold’s largest office in the region. 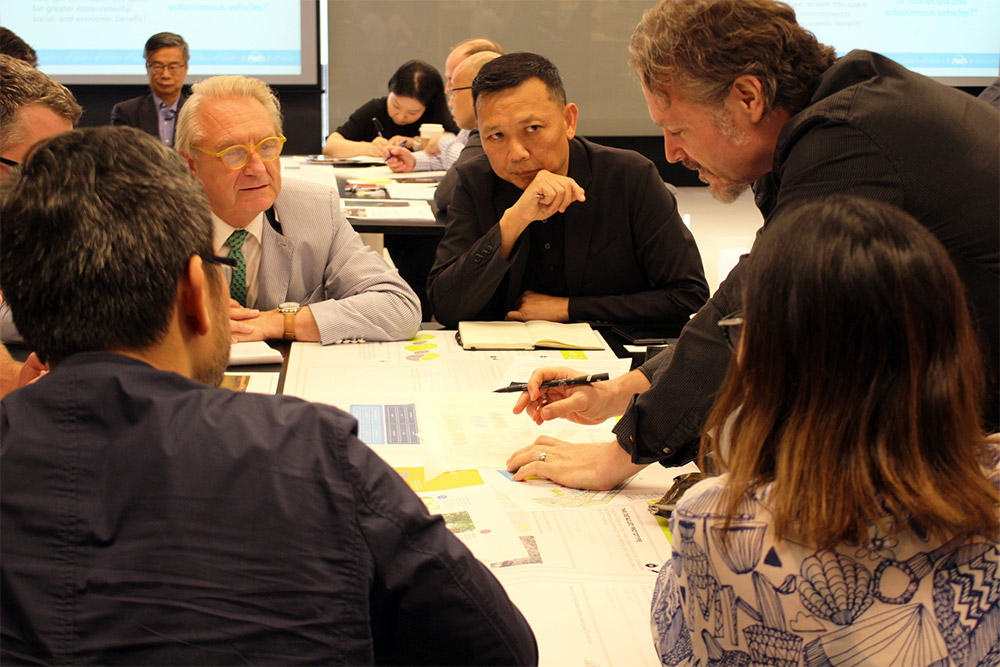 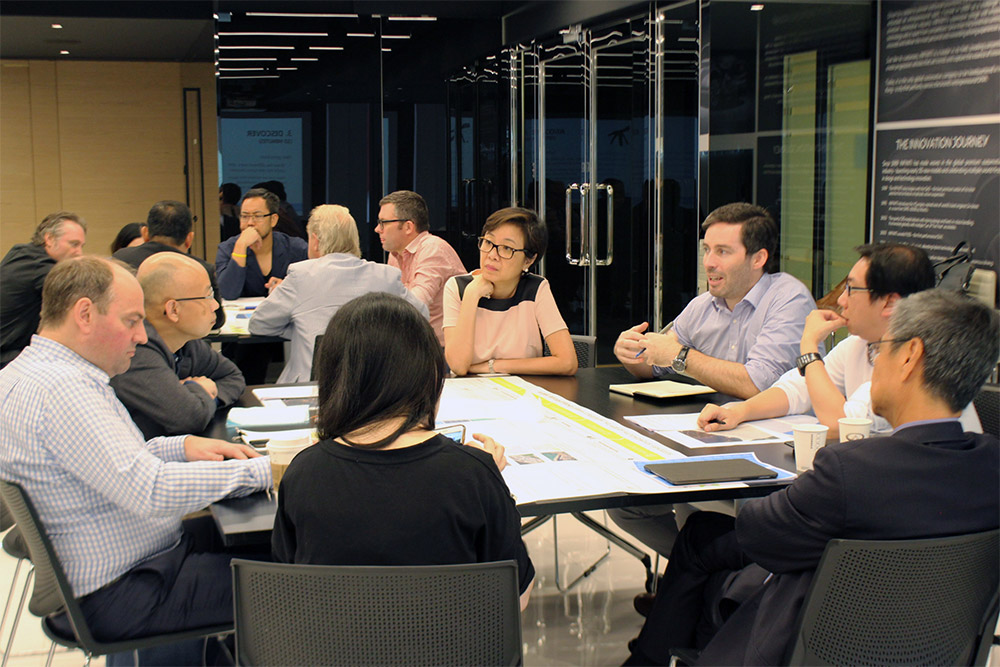 John Gregson (BuroHappold) and Maura Wong (The Idea) lead the discussion in their group for CAVs opportunities in Discovery Bay. 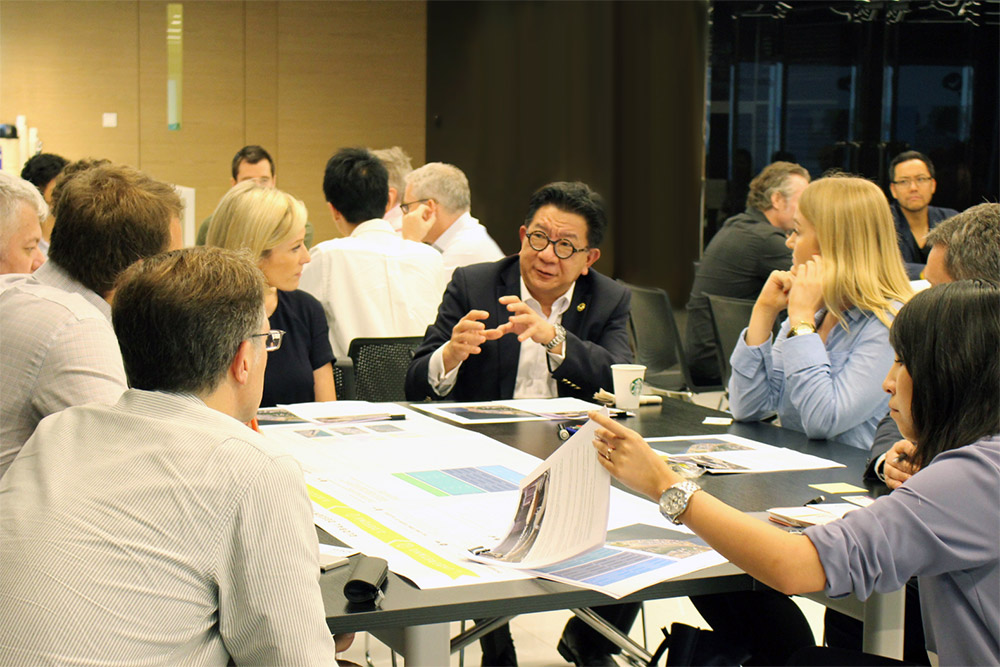 Francis Sootoo (MVA) shares his views on opportunities for CAVs in Hong Kong. 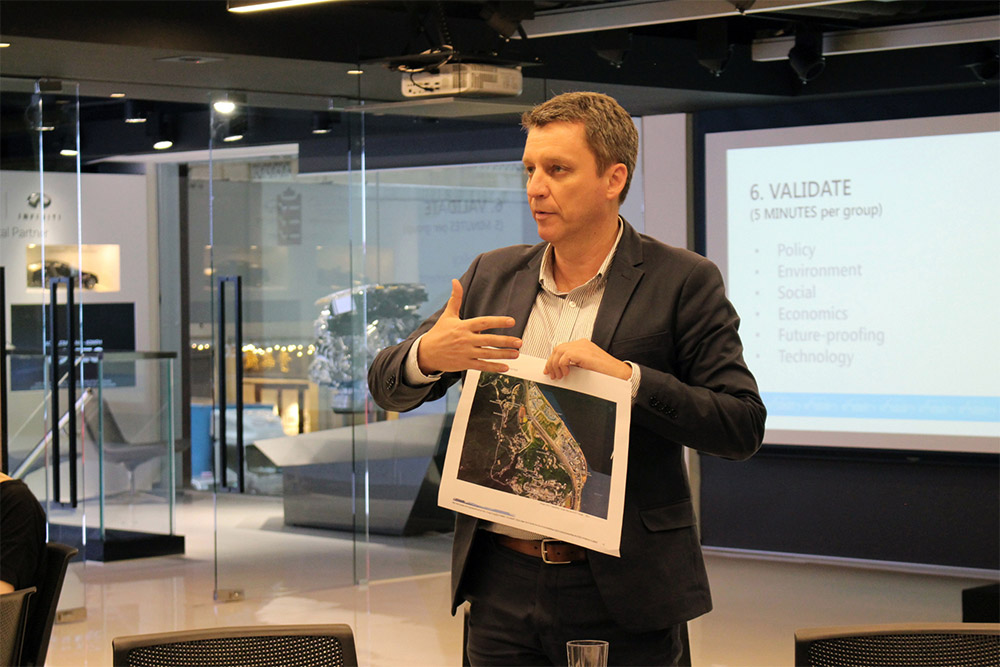 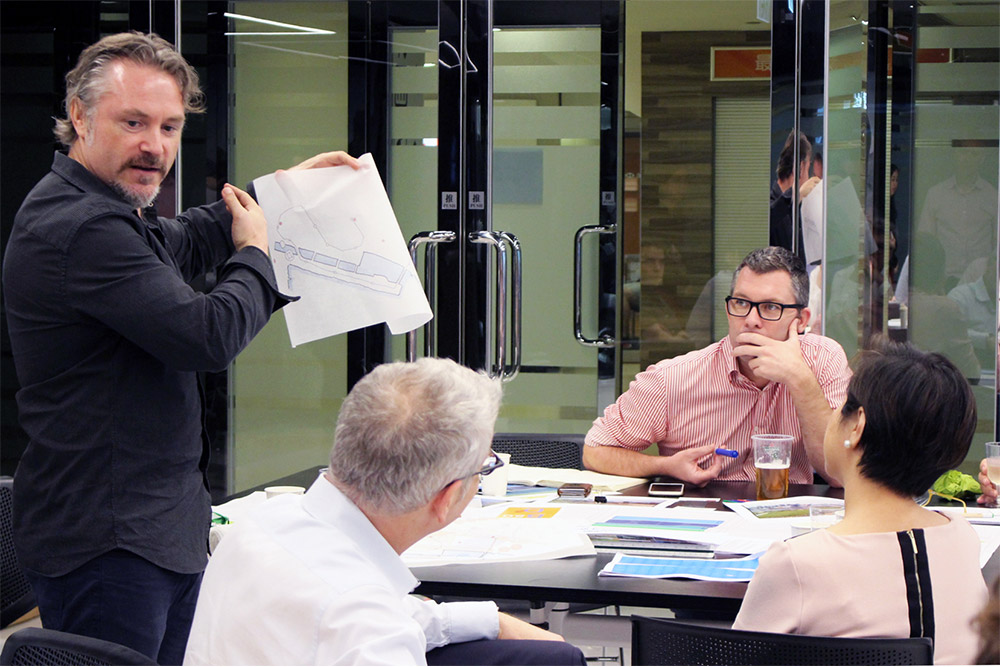 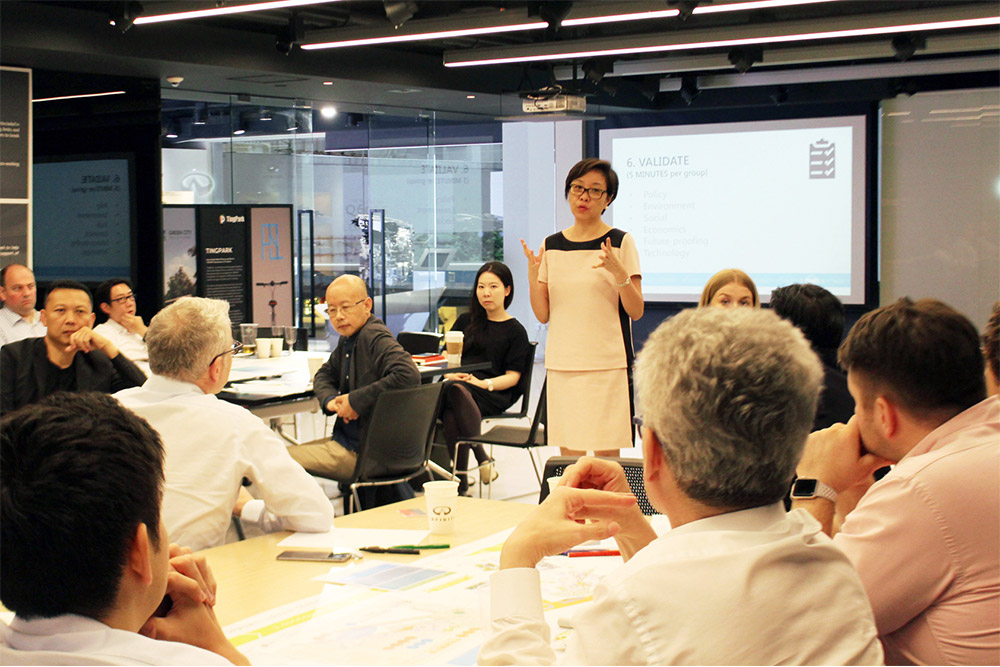 Maura Wong (The Idea) concludes the Hong Kong Design Sprint with her views on the future of CAVs in Hong Kong.

The Design Sprint was co-organised with The Idea, a policy focused think tank lead by Ms Maura Wong and was held at the INFINITI Lab. A group of influential architects, transport planners, policy advisers and transport companies all participated in the workshop, debating their views and imagining Hong Kong’s future.

Hong Kong is a vibrant city with an extremely well developed public transport system, managing over 80% of the travel demand. Private car use is not the norm and point-to-point transit is also supported by a well-developed taxi network. However, even with this high proportion of public transport use, Hong Kong’s roads are often congested. Technologies that have the potential to disrupt the balance and reduce ridership of the MTR, buses and trams in the city whilst putting more cars on the roads would therefore put enormous pressure on road infrastructure already in high demand. 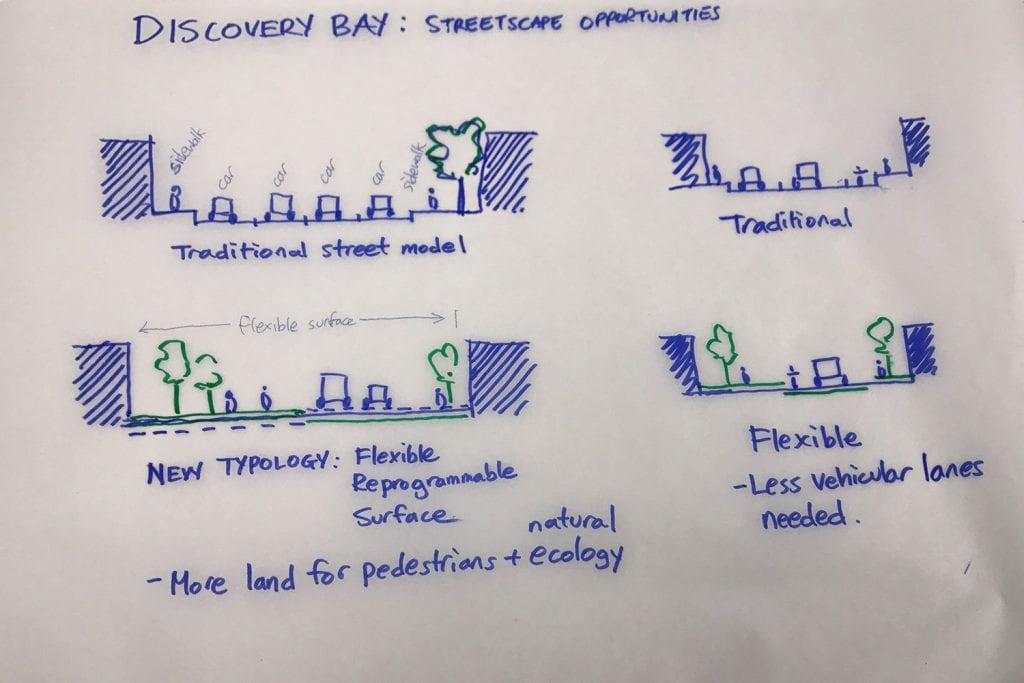 The focus of the Sprint was to discuss the opportunities for CAVs in Hong Kong and to identify any difficulties that might arise once they are adopted. Besides integration with public transport, participants also reflected on urban areas that have the potential to become test-beds in the city. The role of public authorities was highlighted with respect to their power to manage and guide CAV pilots and to keep the focus on people centred urban development.

Government and relevant authorities need to be proactive in managing and regulating for CAVs, as their roll-out is led by private car manufacturers and tech firms and will arrive sooner than most people think.
Discovery Bay Discussion Team

The Design Sprint was attended by INFINITI, who presented their vision of the future of automobiles. They also emphasised the speed of technological improvements and put the ability of cars to navigate autonomously to happen within the next 5 years.

Get the full picture on Connected and Autonomous Vehicles on our dedicated page.