BuroHappold welcomes the Committee on Climate Change (CCC) recommendation that the UK government should legislate for net zero greenhouse gas emission by 2050.

The latest report issued today by the Committee on Climate Change follows the recent publication of two reports from the Aldersgate Group setting out how innovation and business investment in ultra-low carbon technologies can be accelerated to achieve net zero emissions by 2050, both contributed to by BuroHappold’s sustainability experts.

The new advice from the CCC is a shift from the UK’s existing target of at least an 80% emission reduction between now and 2050 against 1990 levels under the Climate Change Act. Following the publication of a report in October 2018 from the Intergovernmental Panel on Climate Change calling on the world economy to achieve net zero emissions by mid-century to limit global warming to 1.5C, the CCC was asked by Minister of State Rt Hon Claire Perry MP, along with the Scottish and Welsh governments and support from senior Northern Ireland officials, to review the UK’s long-term climate targets in light of the IPCC’s report. The CCC published its advice today, recommending that the UK increase the current goal under the Climate Change Act to achieve net zero emissions of greenhouse gases by 2050.

Commenting on the report, our director of sustainability, Duncan Price, said: “We know from our research for C40 Cities that clean transport, buildings and industry can deliver significant air quality, health and economic benefits. We need government to support a series of ‘no regrets’ actions including adopting ambitious energy efficiency targets for new and existing buildings and, working together with the UK construction and property industry, adopt the UK Green Building Council (UKGBC)’s framework for net zero carbon buildings.”

We need government to support a series of ‘no regrets’ actions including adopting ambitious energy efficiency targets for new and existing buildings.
Duncan Price, director of sustainability

The two Aldersgate Group published two reports, contributed to by BuroHappold, were published on the on 4th April 2019 and focus on the business implications of achieving net zero emissions by 2050. The first report, Accelerating innovation towards net zero, from Vivid Economics and the UK Energy Research Centre commissioned by the Aldersgate Group, set out key recommendations to accelerate innovation based on a review of case studies of rapid innovations. The second report, Zeroing in: capturing the opportunities from a UK net zero emission target, establishes key policy measures that should accompany a UK net zero emissions target to maximise industrial opportunities for UK businesses and avoid unintended consequences. 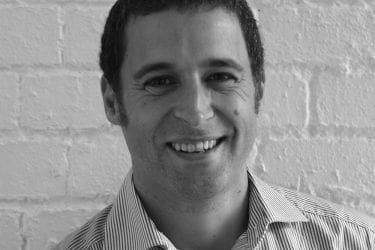 BuroHappold contributes to the latest report from the aldersgate group News