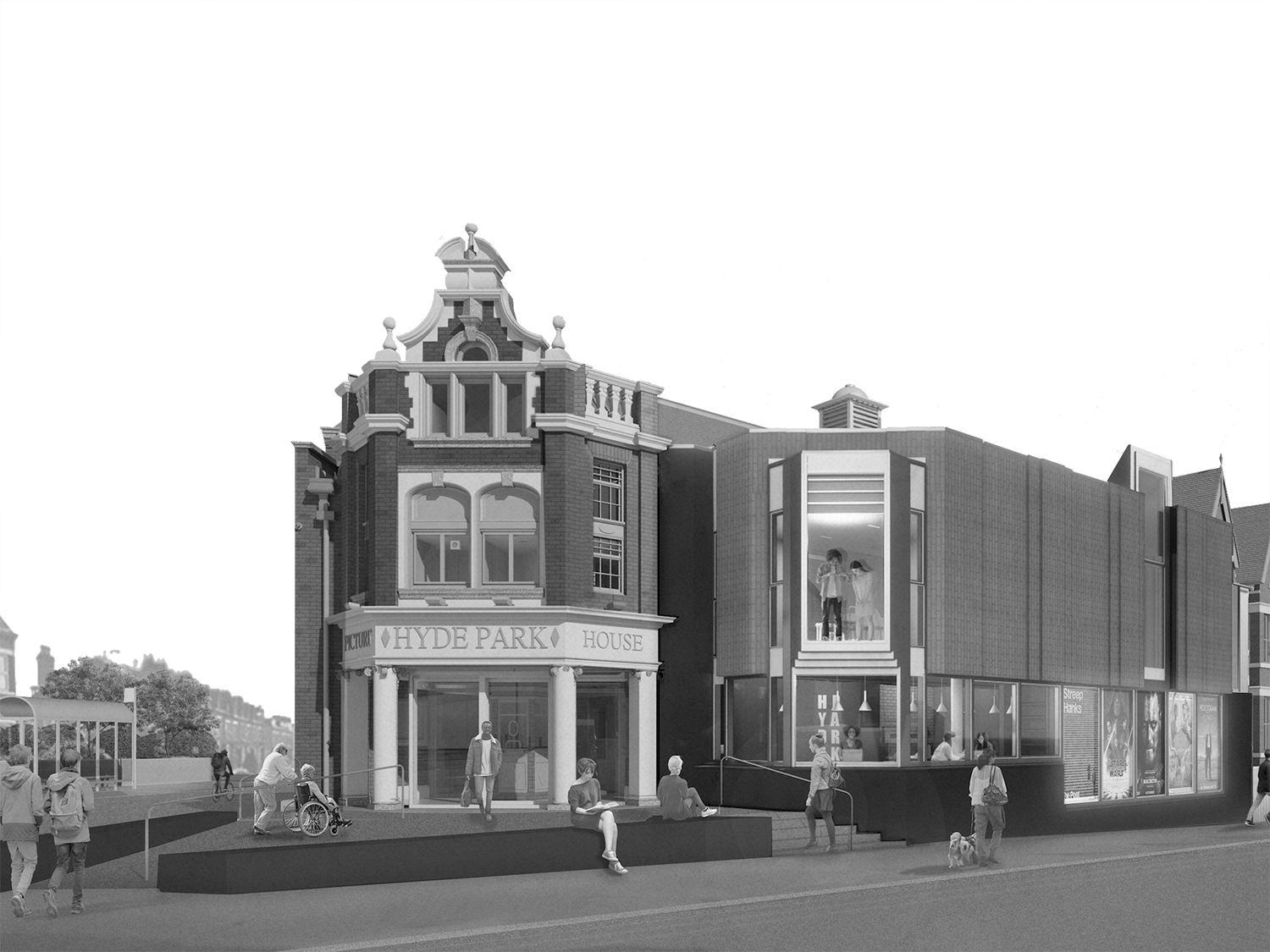 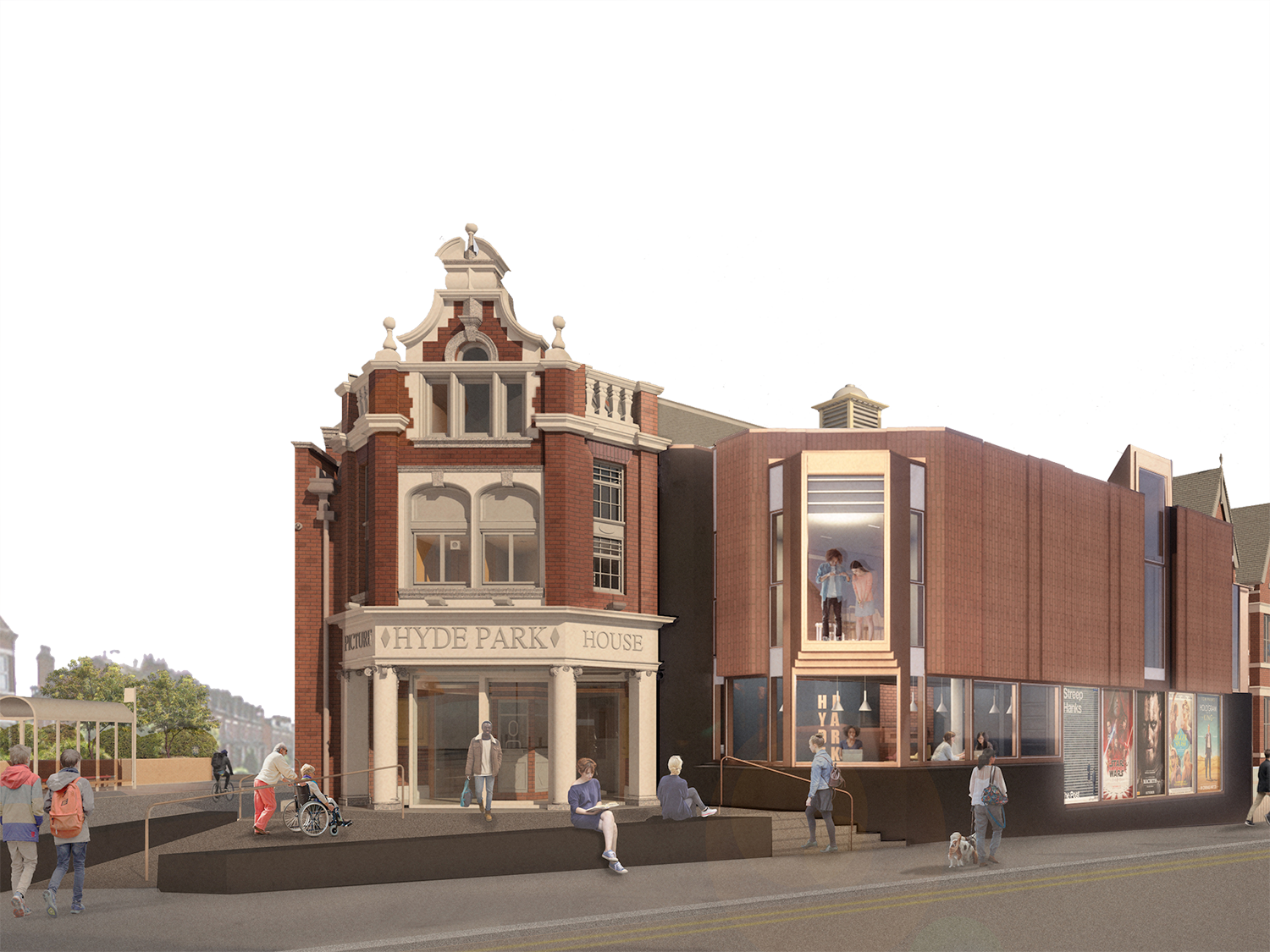 Plotting an engineering masterpiece with an unexpected twist

103 years on from its opening night, the Hyde Park Picture House is embarking on an exciting new sequel.
A landmark in the student area of Headingley, Leeds, this quirky, cosy, independent cinema and performance venue has served the local community and performing arts focused people of the City since 1914.

It was however in real need of renovation. It’s 275 seat, Gas Lit auditorium was feeling jaded to say the least. Receiving an injection of funding it was time to take a 360° view of the opportunity, to not just restore Hyde Park Picture House as an icon of the Leeds cultural offering, but to expand on it.

First tasked to do a feasibility study, BuroHappold was then reappointed to restore The Hyde Park Picture House to its former glory and help direct its future role. As a Grade II listed building, preserving the site’s heritage and character were paramount, including features such as the famous gas powered lighting.

But so too was integrating modern functionality, and creating a sustainable performance and revenue growth for the next hundred years. Major initiatives were the addition of a 48 seat auditorium in the basement and the structural 2 storey extension to the side of the building with a new cafe.

Our team however, soon discovered parts of the script needed a rewrite. 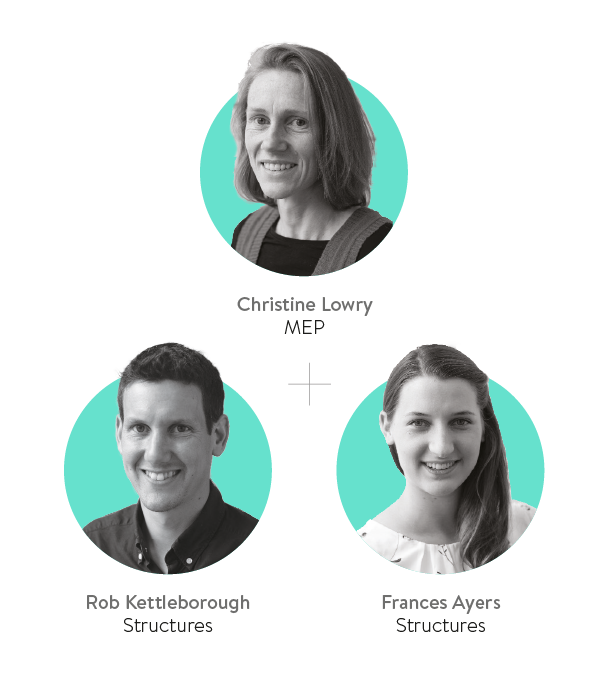 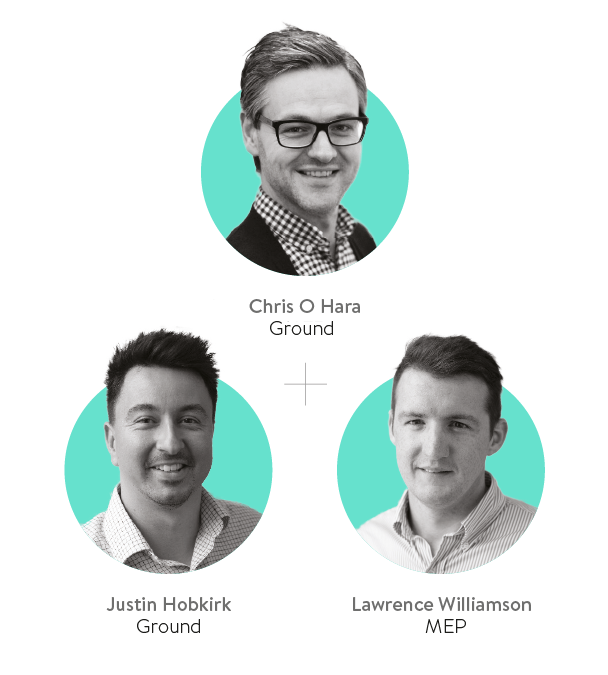 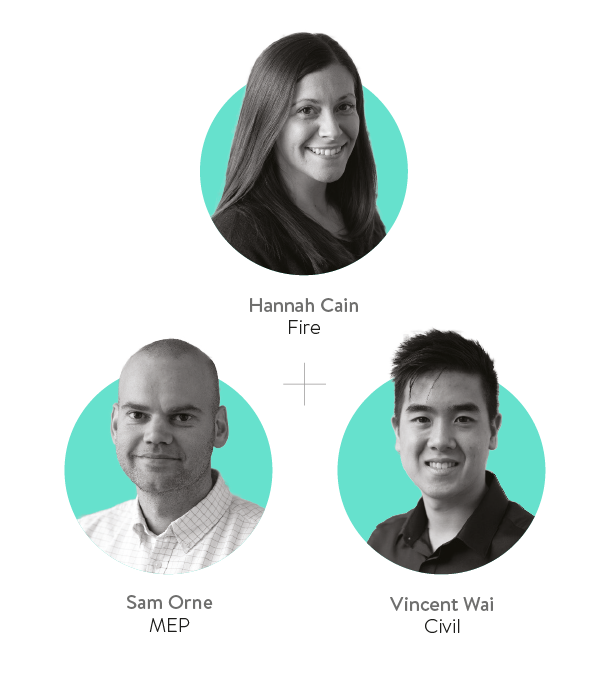 We looked at the entire project from the ground up. All four levels needed to be addressed and whatever we created would have a positive impact on audiences with minimal effect on the integrity of the building’s original character.

A number of heritage services, such as the gas light fittings, ceiling grilles, vents and radiators were retained yet received functional upgrades.  Where possible, natural (passive) ventilation is used to reduce running costs.

Excavation is required to create a 48 seat auditorium with good sight lines and give access to the new side extension, with the least structural and foundation impact possible.

Fresh air to be supplied under the new seating. Careful waterproofing, where the new basement connects with the old structure, is critical.

Open up the foyer to create a more welcoming experience and allow better foot flow of audiences between the theatres and new café spaces.

The structural steel frame of the new foyer wall must be as light as possible to minimise the load on the foundations.

Renovate the original extraction ventilator to modern efficiency levels as part of the overall air quality and comfort brief.

After the initial client brief and our extensive research, we identified that the following would need to be done to achieve the client’s aspirations.

This all needed to be done with minimal disruption to its business which in turn required specific and meticulous planning and implementation in the construction programme. 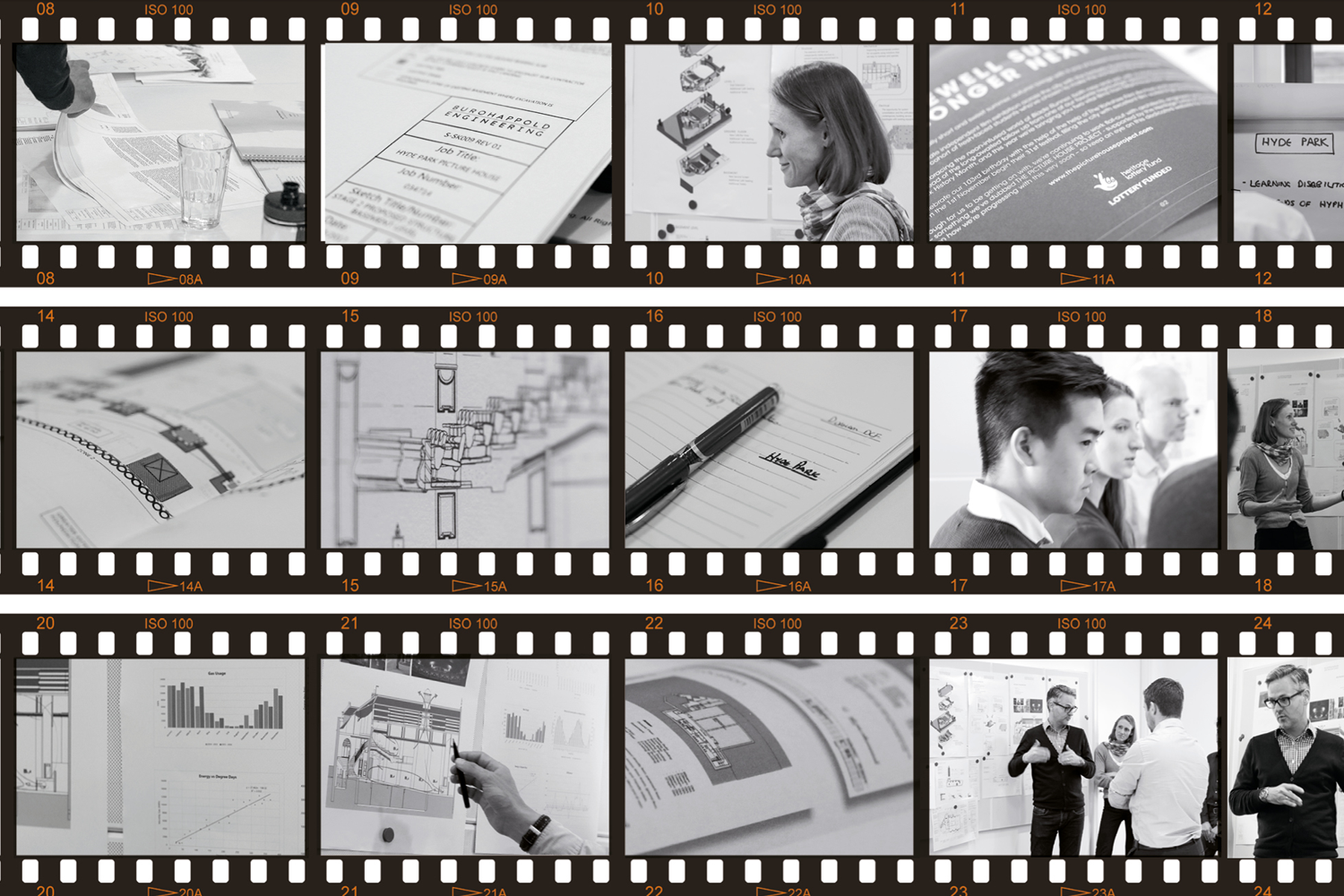 Hyde Park Picture House has beautiful historic features so an enormous concern was to not affect the integrity of these while building, and to find a way to do it affordably. Any upgrades in the main auditorium would be sympathetic to the preservation of original moulded panels, pilasters, cornices and the stunning existing rib arched ceiling.

There are sound effects you want, and some you don’t

Our measurements showed that acceptable noise values were exceeded 1 to 3 times every 5 minutes caused by traffic, planes and noise from the adjoining properties.
To the ear the average background noise level was not unduly high, but peaks in noise levels due to buses, planes and cars were clearly audible and disruptive ruining the enjoyment of the film. .

Protecting the new basement cinema from
road noise and vibration

Bounded by a road either side, there is a big potential for rumbling trucks to disturb the show in the new cinema. Here we have designed ‘a box within a box’ concept, made possible because this is a new auditorium where there are no heritage features to preserve. The auditorium is actually one box suspended and isolated from its outer box, allowing the sound to be absorbed and dissipated by the out shell.

The only site in the world to still be gas lit

Continuing the conservation theme, we refurbished the iconic gas powered lighting system of nine gas lamps which are a key heritage feature. that make Hyde Park the only remaining gas-lit cinema in the UK.
We also made them safer, we preserved and simplified the skills required to maintain them, ensuring they keep flickering in the auditorium long into the future. 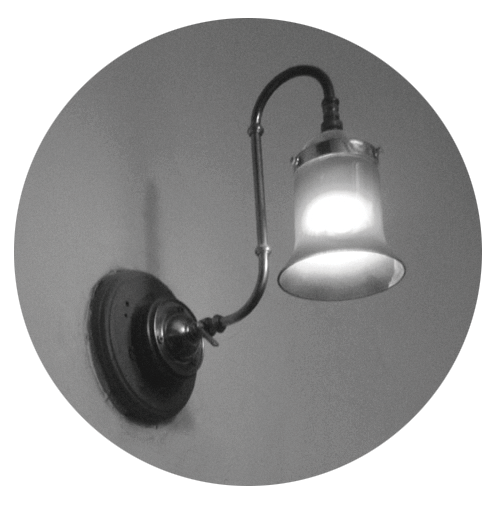 The high noise levels breaking into the main theatre can be reduced by the installation of lobbied doorways in both entrance and emergency doors.

We also specified the installation of sound absorbent materials on the ceiling and the walls or the lobbies and the renovation of the ventilation system would reduce its base hum.

Further the addition of acoustic mineral wool into the cavity wall will help the impact of noise from the adjoining buildings.

The auditorium and foyer design needed a total rethink. We found that the audience footfall during peak times could be better channelled to flow more smoothly around the complex, especially accommodating the new basement theatre and new café.

To make the business more sustainable and versatile for functions and events the basement was expanded into a second auditorium.
It had to complement and coexist with the original screen. This required excavation works to increase head height and provide a suitable viewing angle.
An offset ensures that existing foundations are
not undermined.

The classic atmosphere was a bit too classic. Understandably, the client wanted new heating, cooling and ventilation. With our data analysis and innovation, a better welcoming experience for audiences was created through an efficient temperature and heating system, using natural ventilation, where possible.

All these services were woven sensitively into the existing heritage façades and features of the building such as retaining the classic ventilator but giving it modern efficient efficiency.

How our research uncovered a flaw in the plot

Whilst capturing vital data about the existing structure a significant discovery was made – what the audience really wanted was a sound proof auditorium. 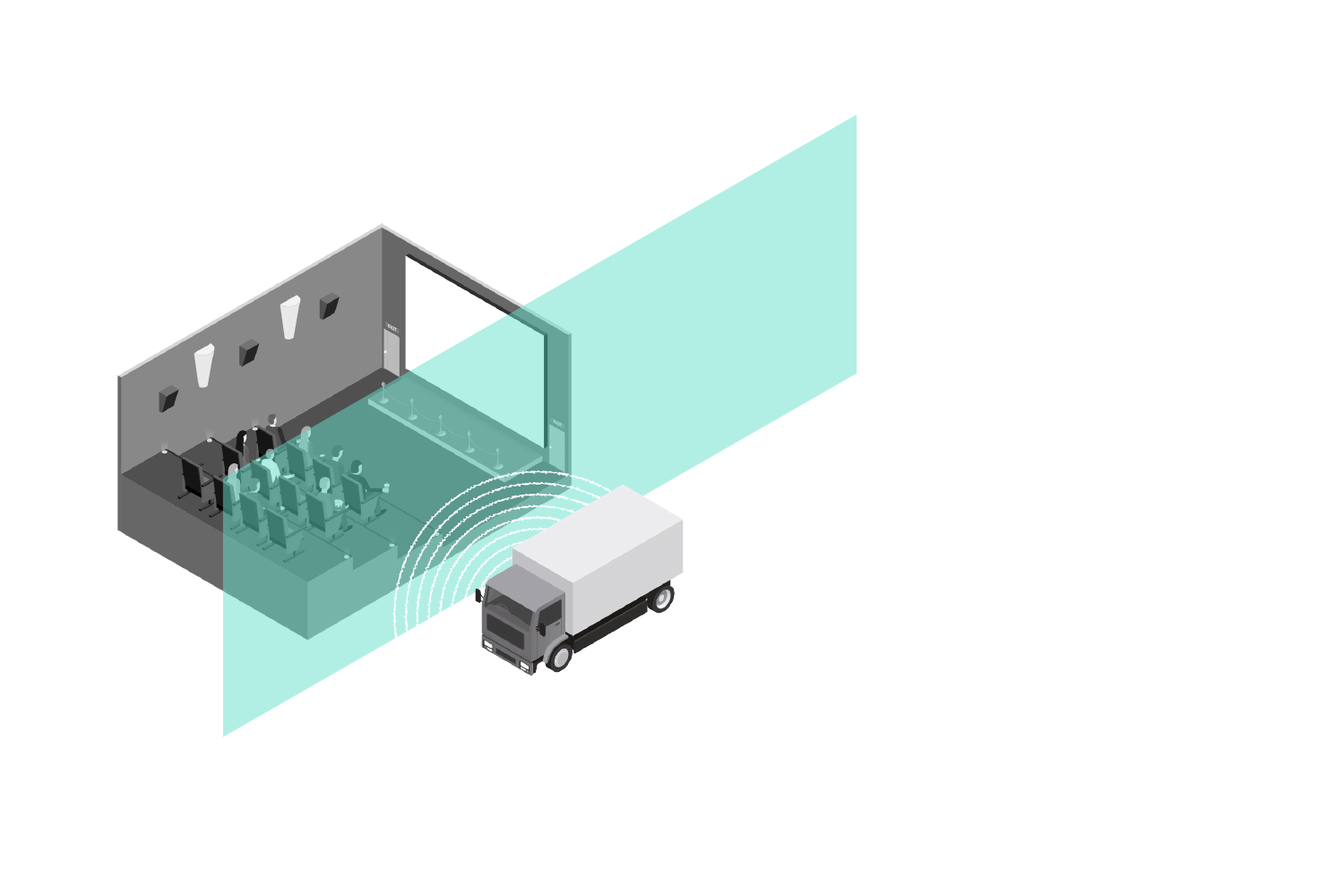 Our research showed that the party wall connecting the building needed dramatic acoustic improvement and was to be added as a key part of the project brief.

This was a major epiphany for the client which wasn’t even mentioned in their initial brief.

By cleverly designing the structural work to create the new basement auditorium, we reduced the impact on the fabric of the heritage building and also saved money when compared to a typical engineering approach.

We ensured the addition of the two-storey extension  worked well from a crowd flow perspective, meaning access and spaces such as the new café and the basement auditorium work well and audiences will be comfortable without a feeling of congestion.

Wherever possible our MEP (building systems) approach has been to renew and refurbish to achieve modern efficiency while keeping as many of the original features as possible including the characterful, the plaster work and fittings such as the fire hose and auditorium ventilator.

By helping to create a sustainable economic future and get the most from the funding investment, the Hyde Park Picture House will enhance its position in serving the local community and also become a treasured destination  for the people and visitors of the city of Leeds for decades to come.