What drives the efficiency and effectiveness of buildings

Is it down to design, operational management, both, or something much more? What is the formula to get the best utilisation from a building?

In the past, the means for addressing problems caused by a building that had become poorly optimised for its functions were largely structural and revolved around altering, extending or replacing the building.

With populations booming and increased densification occurring in many parts of the world, the option of knocking down and starting again is increasingly difficult, especially when you add the sustainability agenda into the mix. From workplace to sporting and entertainment venues, schools to hospitals, airports to shopping malls this is a universal, cross-sector challenge that will affect us all in different ways and at different times.

So just how do we squeeze every last measure of efficiency from our physical spaces and still make them safe, comfortable and relatively future proof? Is there a magic formula? 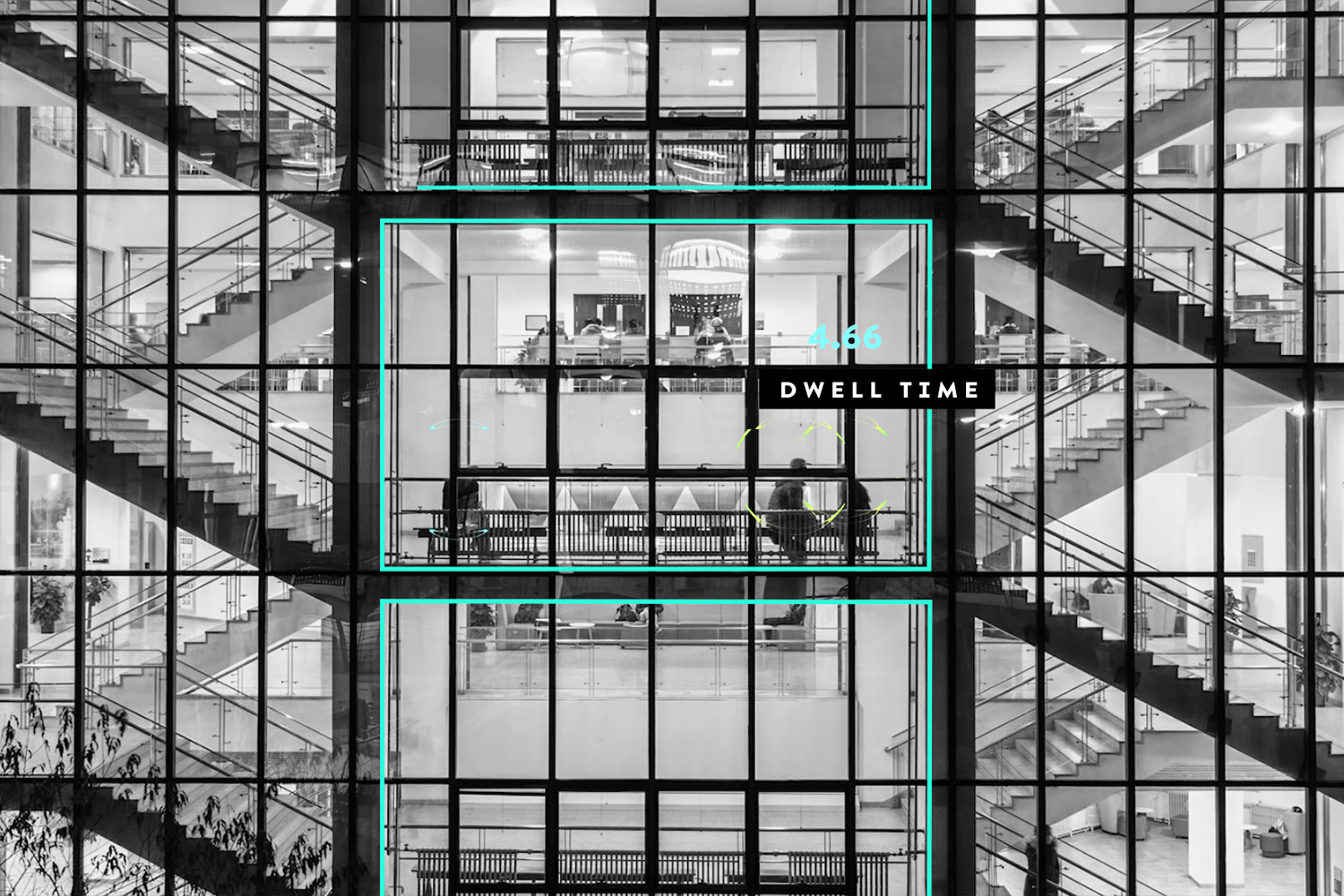 Technology is providing the industry with new ways of managing the problem of (in)efficiency, (in)effectiveness and (poor) experience of people. Buildings will still be knocked down and rebuilt, but there is now more choice as to whether this is the best and only thing to do. Driving this change has been three developments. First is the arrival of complex and dynamic 3D BIM (building information modelling). Second is new sorts of sensors producing data as never before on how buildings are used. Putting these two developments together gives us the third development—predictive modelling and virtual testing of building spaces. This is the ability to use the 3D model as ‘gaming space’, to populate it with intelligent avatars, and to have them, on the basis of the data and what is known about how humans respond to crowds and other stimuli, use the building as their real life counterparts do; but also have them adapt their behaviour to changes made in the 3D model, such as having them react to a signage, fire or overcrowding. This is Smart Space, a technology to deliver intelligent, efficient and effective buildings and urban spaces. Spaces that reduce bottlenecks and enhance user experience.

The magic formula then is to harness this sensing and predictive modelling technology to test and to optimise the building layouts, processes, staffing and other operational and strategic parameters.

There are many examples of where building operators feel they have hit capacity and are looking at expansion, only for this technology to be deployed and to reveal that while buildings may be hitting capacity peaks, these peaks are not constant, can be managed and the load redistributed across the working day. The trick of course is then understanding how to redistribute the load and what, if any, are the consequences, foreseen and unforeseen—on comfort, productivity, revenues, costs, congestion and queues. Such modelling investigations also lead to interesting, often counter-intuitive solutions that demonstrate how small changes can have big effects.

A modern high school in the UK had a problem with its main corridor being too narrow. When the bell went and all the classes emptied into the corridor, that part of the school became gridlocked. This created unacceptable safety issues and delays for the start of the next lesson. An obvious solution would include widening the corridor which would have meant costs of over £100k and disruption to classes. Applying the smart space technology meant a number of options could be tested, including a one-way flow, and removing the school bell. The latter solution proved to be the answer. It created a natural stagger effect between classes discharging and reduced peak corridor capacity by over 40 percent. All this was achieved without any structural changes to the building.

For a major hotel in Chicago the problem was how to significantly improve the movement of people through the building without a major investment and adverse impact on the experience of conference delegates. The answer was an efficient combination of normal and express lifts, together with a signage and queuing strategy that predicted people’s preference for stairs and promoted its use. Elevator throughputs increased by 35 percent, waiting times reduced by an even bigger factor, and the result was an extremely positive feedback by the delegates and the event managers.

Another example is the Bath Royal United Hospital, also in the UK which is undergoing a £40M capital programme to build a new Cancer Unit within the site of many outpatient departments which needed new build spaces. Use of Smart Space technology is helping the hospital achieve savings of over £3m by intelligent relocation and merging of low utilisation outpatient departments (and at the same time improving staff utilisation and the patient experience, and reducing energy consumption). Further, by modelling future needs, it demonstrated that a planned new building would be unnecessary. This is a powerful example where the question ‘do you really need a new building?’ is well worth asking.

As Howard Jones, Estates Director at Royal United Hospital Bath succinctly puts: ‘With build costs at c.£2500/sq m and running costs £210/sq m, nobody can afford to build more than necessary or get the designs wrong. I believe this pioneering work at the RUH Bath should pave the way for major capital projects and estate strategies across the hospitals in the UK.’

As smart technologies are getting ubiquitous it is becoming increasingly possible to deliver real-time decision-making based on people’s locations, activities and behaviours. This is allowing the industry to simulate scenarios in real time to allow early design decisions to be made that will maximise future use, will improve user experience comfort and safety, and that will find the optimal solution that fits people’s needs.
As we move forward it is easy to see how we can start putting people at the heart of the design process, so future buildings and urban spaces can be designed for optimal performance. Likewise the operations can be optimised in realtime, deploying sufficient gates and staff based on demand, and prioritising people based on their needs and stress levels!

With the increasing use of real-time information, there will also be a need to respect privacy and ethical use. However, the benefits of the information are not just one-way. Utlimately, the control would involve the user in the decision making process. The power of smart buildings is that they communicate with the users to inform, educate and empower them by giving them the choice on which queues to join, which shops to buy from, and which hospitals to visit.

BuroHappold has developed Smart Space technology which has been fully road-tested on projects and through ten years’ rigorous research. It involves a combination of sensing, data visualisation and predictive simulation tools. Data on anonymous visitor activities/behaviours/preferences etc is captured using video analytics and Bluetooth sensing. This allows a spatial model to be created which can be used to interrogate bottlenecks and opportunities within the current building operations. BuroHappold’s in-house simulation tool SmartMove is integrated within the BIM environment and can be used for rapid scenario testing and to optimise future processes, activity layouts, waiting areas, staffing and systems. 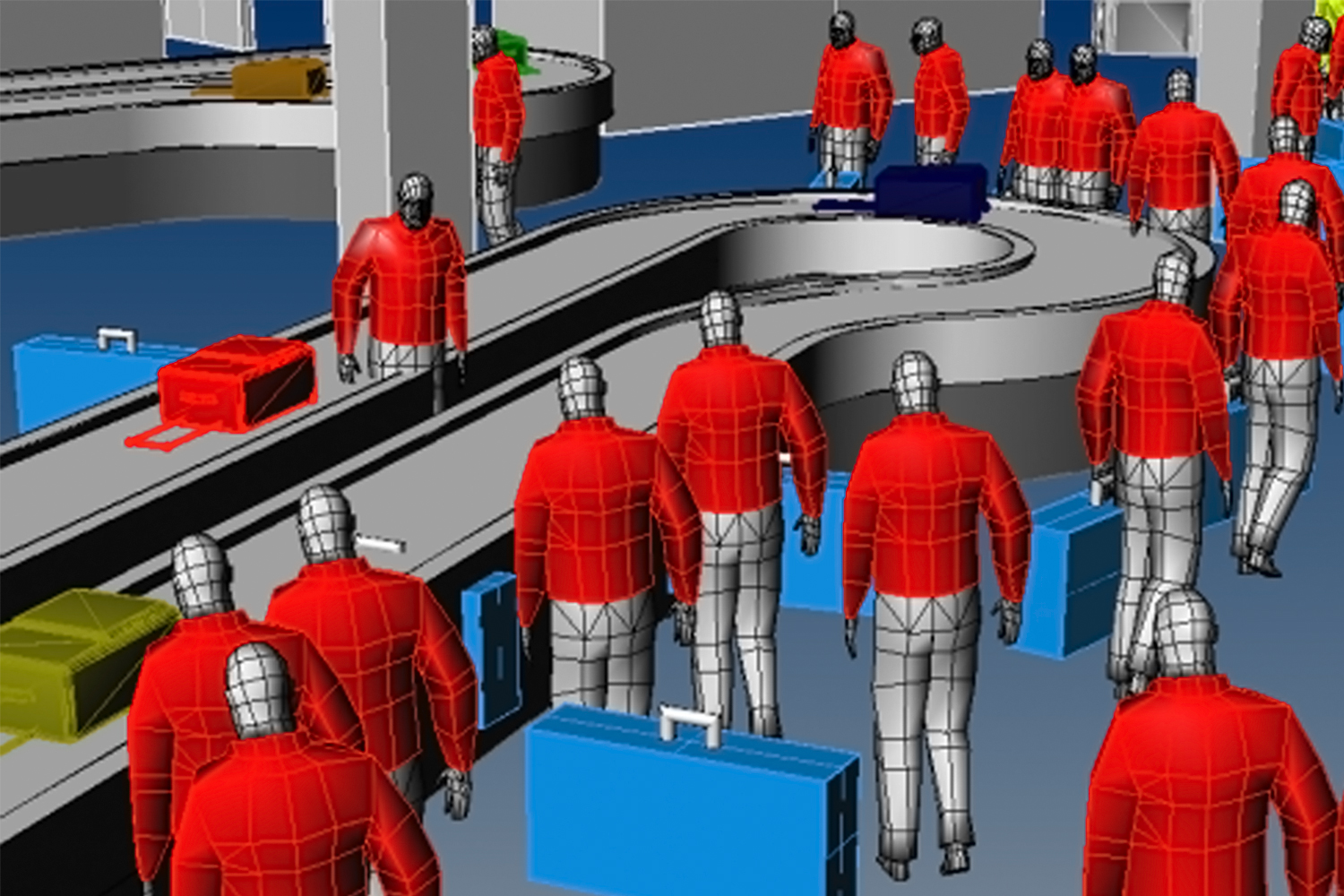