The Cities team in California – our newest outpost for the strategies and plans consultancy – explores five hot topics for Los Angeles in 2020.

With all due respect to our colleagues in other offices, we humbly submit that Los Angeles is the most dynamic city of all. Here in Southern California, we are at once embracing long-term visions for a sustainable transformation of the mega-region, while confronting acute challenges that affect our most vulnerable residents and ecosystems today.

Here are five key topics that we are watching in 2020. 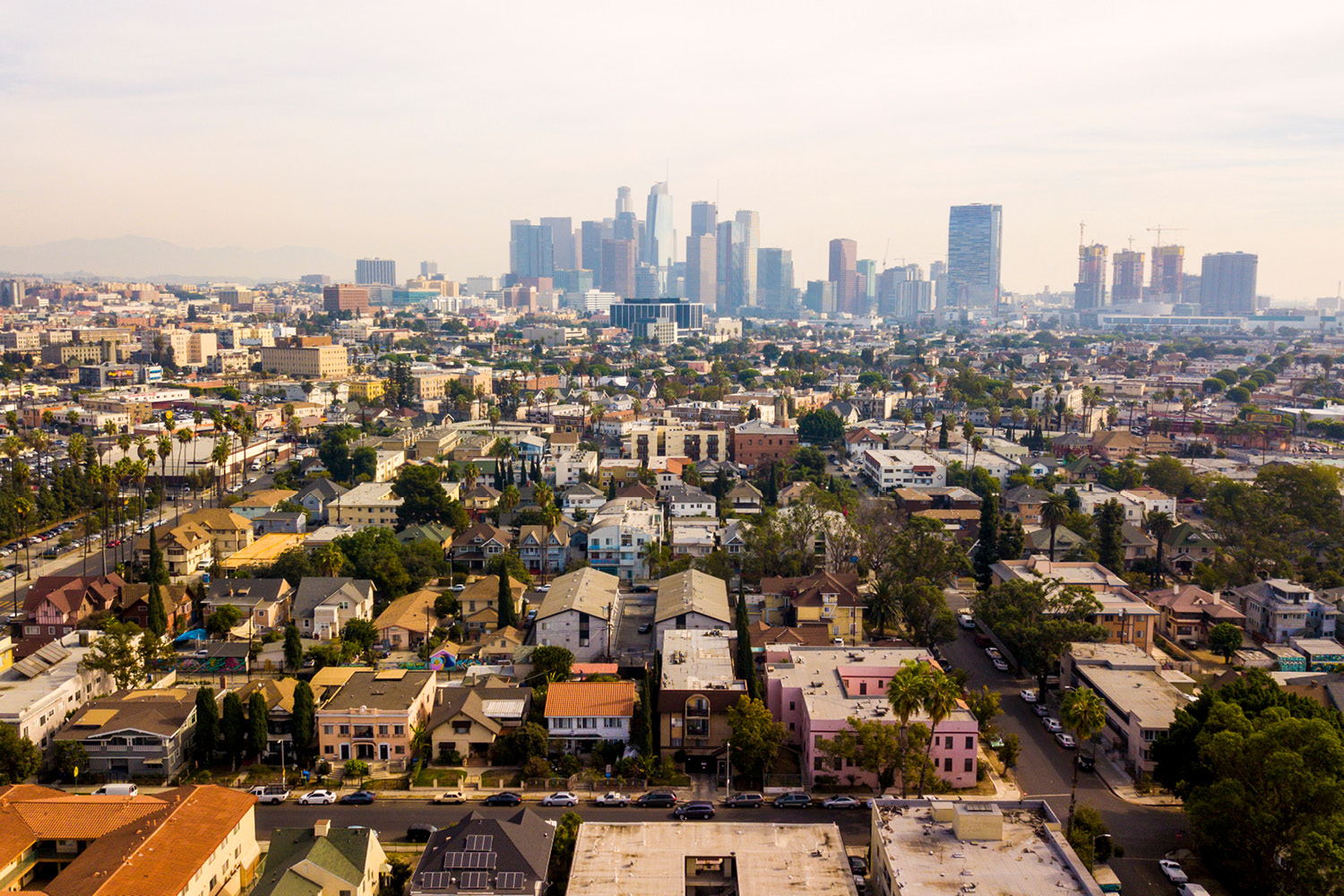 We begin our predictions with housing and homelessness, because these interlinked issues are at crisis levels and dominate the civic conversation in the Los Angeles region. Housing affordability is at an all-time low, with the nation’s second-highest proportion of rent burdened and severely rent burdened households. Not surprisingly, this has been accompanied by an uptick in the number of people experiencing homelessness, which was nearly 59,000 countywide in 2019. There are many reasons contributing to these twin crises, but fundamentally the problem is that the region (and California at large) has not been producing sufficient new housing to keep pace with population growth.

Nearly every local jurisdiction is falling short of its affordable housing targets specified in the Regional Housing Needs Assessment. Expect city leaders and housing advocates to push for loosening zoning requirements, targeting redevelopment for vacant and underutilized parcels, and other measures to break the logjam for affordable housing production. We expect local NIMBY politics to hinder progress in many cities, leading to the need for statewide interventions.

The controversial Senate Bill 50 is back, which if approved would supersede certain local regulations on building heights, parking regulations, and other restrictions on development in high quality transit areas. Although amendments have been made to address concerns about gentrification and displacement, including affordable housing provisions, the timeline is too short and we are bearish on its prospects this legislative season. Perhaps a successor bill will eventually come to pass – with more robust inclusionary housing.

Close up of American football on the yard line of a stadium field.

How could we have a predictions blog post about Los Angeles and not discuss sports? While we’re not going to wager a guess on whether the Lakers or Clippers will have the more successful basketball season, we are certainly observing how sports will affect life in L.A. This year we will see the grand opening of SoFi Stadium in Inglewood, the future home of the Rams and Chargers NFL teams as well as a key venue for the 2028 Olympics and the 2026 FIFA World Cup.

While there are many remarkable elements of the stadium design itself, we are especially interested in the effects of this new development upon the character and affordability of Inglewood. The team behind SoFi Stadium conducted extensive outreach and community engagement, sensitive to concerns about gentrification in a city where home prices are rapidly increasing. We are cautiously optimistic for a successful grand opening. 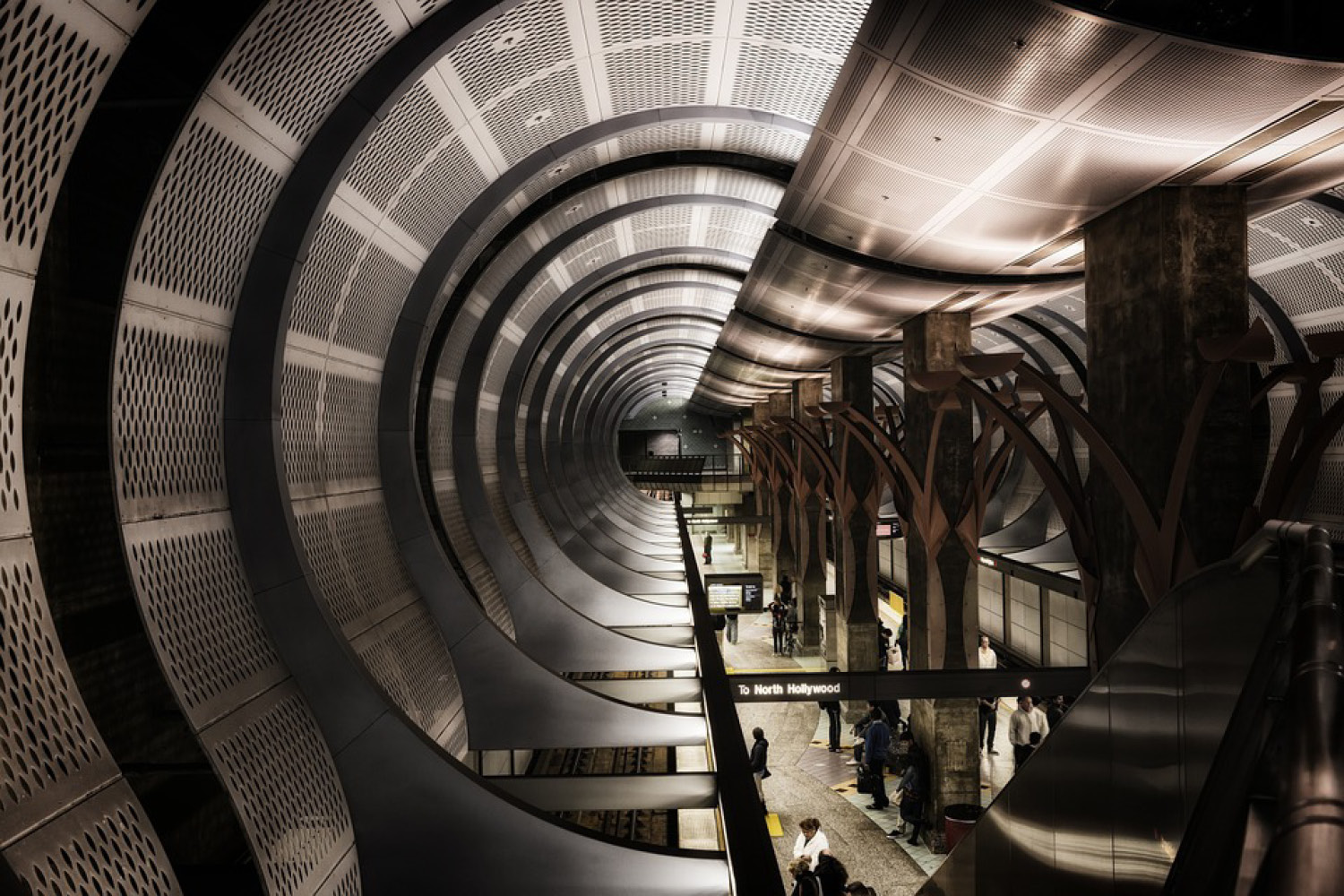 Speaking of transit, it’s going to be a major part of LA’s urbanism conversation in 2020. The first thing we will have to get used to in the new decade is the renaming of the lines from colors to letters. (I can never remember that my neighborhood is served by the D Line – I will continue to be saying Purple Line for the foreseeable future!) Anyway, LA Metro continues to move ahead with its “Twenty-Eight by ‘28” initiative, with the ambition of completing 28 projects by the 2028 Summer Olympic and Paralympic Games.

Most significant is the opening of the Crenshaw/LAX Line, extending 8.5 miles from the E (Expo) Line south to the C (Green) Line, including a stop near LAX airport. At long last, the region’s busiest international airport will be served by rapid transit! 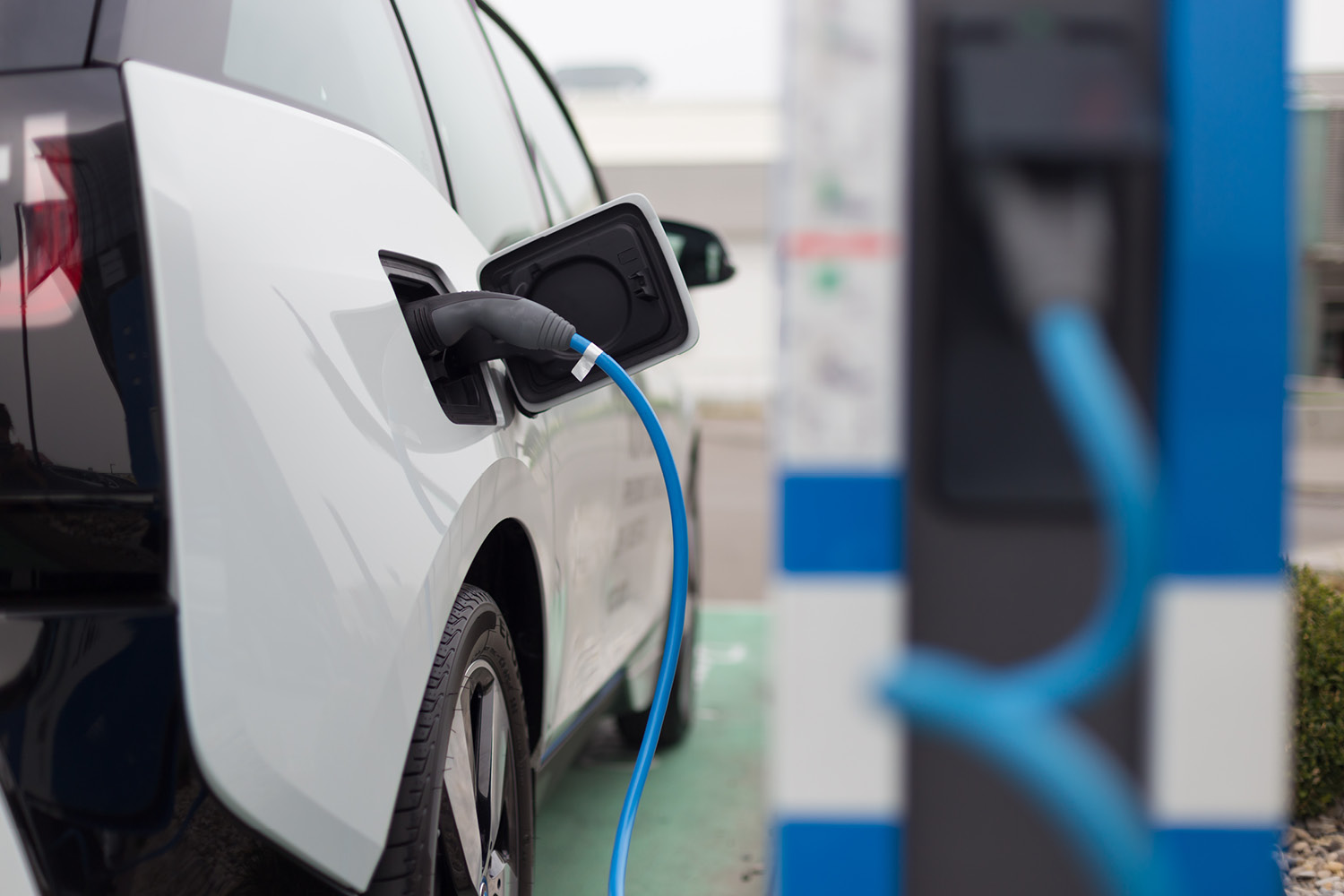 We are really going to start seeing electrification take off in the new decade, with a wide range of electric vehicles and building systems phasing out fossil fuel combustion in order to reduce greenhouse gas emissions and improve air quality. On the transportation side, the multi-sectoral Transportation Electrification Partnership made headlines last year when it released its Roadmap 2.0 that aligns ambitious targets around zero-emissions cars, trucks, buses, and charging stations.

On the buildings side, Berkeley led the nation in 2019 by requiring all new buildings to be all-electric starting in 2020, closely followed by initiatives in several jurisdictions including San Jose and Santa Monica. Several municipalities in Los Angeles County will have something to say about electrification in 2020, while climate leaders grapple with the challenge of addressing existing buildings and infrastructure. Might we suggest looking into renewable heat? 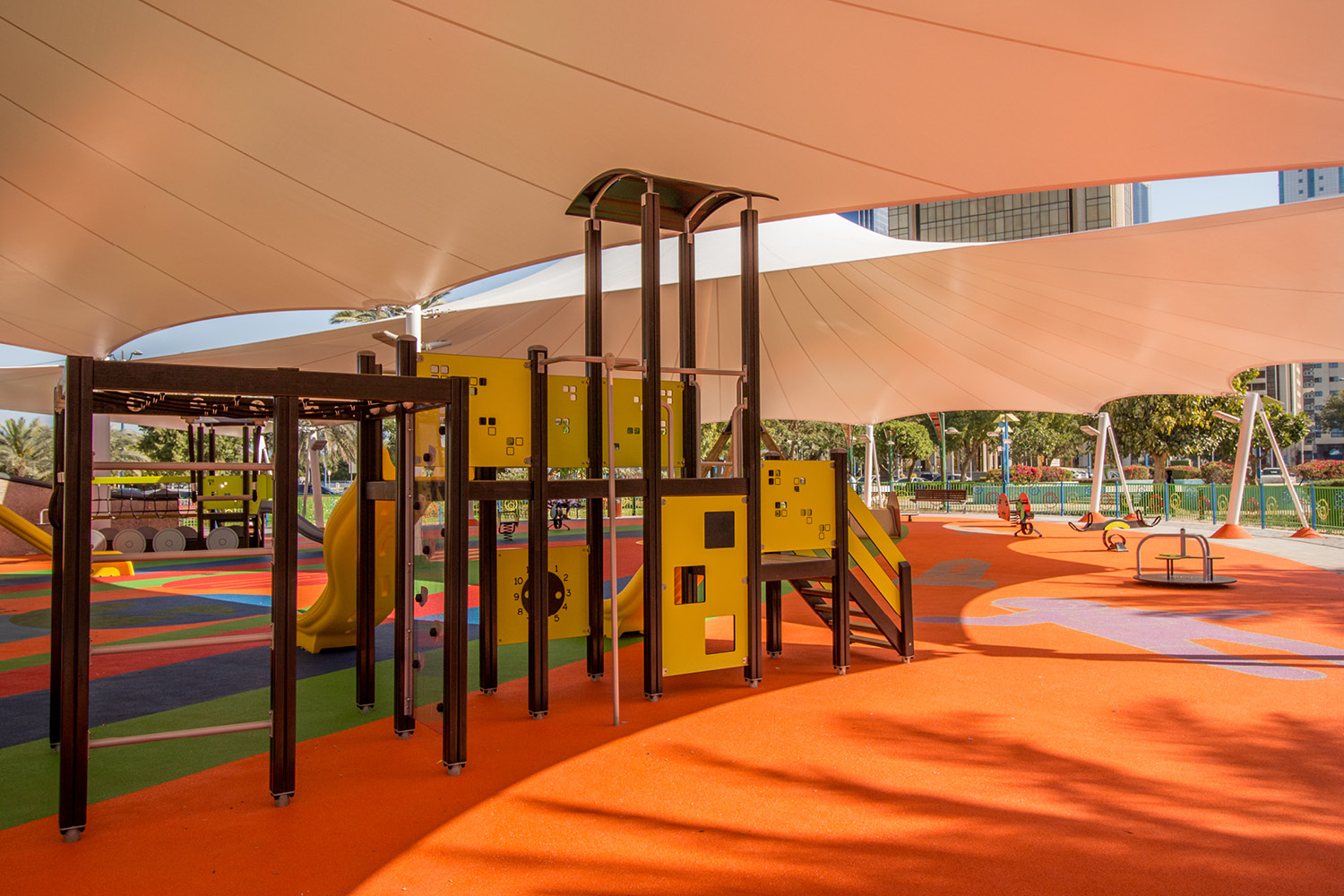 Climate resilience is also becoming a greater part of public consciousness in Los Angeles and beyond, driven in no small part by the climate-driven wildfires in California and Australia. Just a few weeks into 2020, we have been a lot of activity related to climate adaptation planning, partially driven by the SB 379 requirement for cities and counties to incorporate climate adaptation and resiliency into their general plans by January 1, 2022. Required or not, we are glad to see that more and more communities are addressing climate mitigation and adaptation simultaneously, leading to comprehensive strategies that reduce emissions and increase community resilience.

We are especially excited to see cities address the large discrepancies in shade within our built environment, on the back of the initiative by the City of Los Angeles to address this disparity starting with bus stops and tree planting. It is impactful, achievable, and a political win – expect to shade garner attention and resources in the coming year. 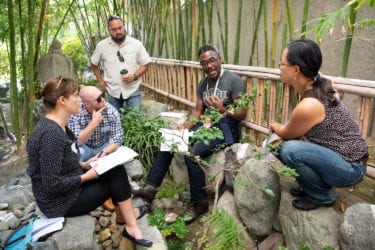 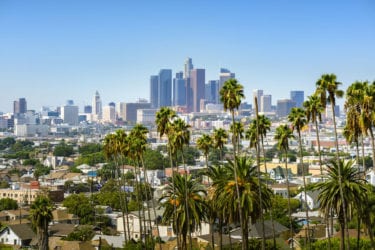 Communities meet the challenge of a more sustainable future News 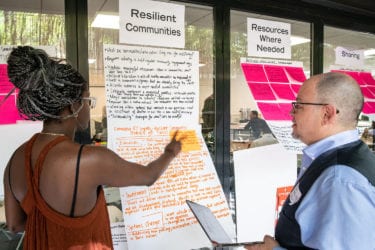 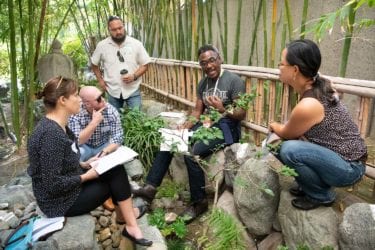