As a practicing doctor, I am trained to understand disease causation, or ‘pathogenesis’. I am also trained to recognise disease which, if allowed to progress, may threaten life.

Whilst it might take a series of ‘multidisciplinary team’ (MDT) meetings to make the diagnosis, a management plan to treat the disease is then formulated and acted upon.

The potential for gases to make our planet sick was made clear in 1859, when John Tyndall clarified the ‘greenhouse gas’ effect. In 1988, the symptoms of global warming were reported by NASDA scientist James Hansen. In that same year, the ‘Climate MDT’ was convened- the Intergovernmental Panel on Climate Change. It has since published five major assessments- each more alarming than the last. The prescription for cure is also clear: we have to stop burning fossil fuels.

Sometimes, however, the prescription is for a treatment yet to be invented: one needs a ‘novel drug’. Not so in the case of climate change. As the 2015 lancet Commission reported, all the technical solutions required to solve our climate problem exist, as does the finance to deploy them. All that is required is the political will to connect the two1.

It is fair to say that this political will is lacking. The COP21 negotiations in Paris last year were heralded as yielding a ‘firm agreement for action’. The reality is that the prevention of emission of not a single tonne of CO2 was mandated. Many now feel that a solution will only come from true leadership being demonstrated by the business sector. BuroHappold is showing such leadership with its ‘Energy Island’ initiative. Whilst recognising that a huge number of ‘elements’ of clean-energy technology exist (covering diverse aspects of generation, storage and transmission), an engineering perspective shows that effort is needed to integrate these into ‘deployable systems’.

Cornwall has been dealt a perfect hand in the fight against climate change. It has a massive coastline, with huge tidal drops and waves which roll in unobstructed across the entire Atlantic. It has geothermal resources. Biomass. Huge solar potential. Wind. There could be no better place to start solving the world’s energy problems.

The ideas, then? Try to convene world leaders in every aspect of ‘clean energy systems: those involved in generation (solar, wind, waves, geothermal, tidal, biomass); storage (geological, chemical battery, thermal, as transportable fuels such as hydrogen and ammonia); matching supply and demand (such as through predicting weather and thus renewable-based generation, and activating white goods at the times of peak generation); reduction in energy demand; and energy transmission. Working together, new technical solutions will appear. But, more importantly, the process for integrated deployment of such systems will be defined and refined- creating a template for use anywhere in the world.

But time is short. We are on a track which threatens the health and survival of many adults, and of every child on the planet. To avert catastrophe, we need to act now. We have spent far too long at the end of the patient’s bed, stroking our chins. To delay is not an option. There will be few left to mourn our inertia. 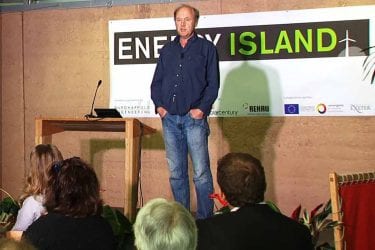 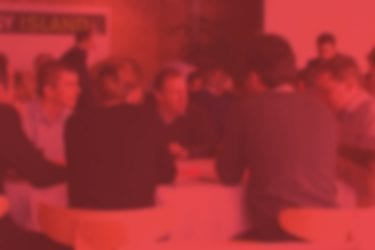